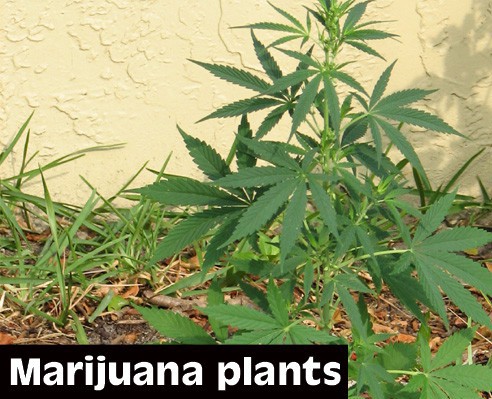 BELIZE CITY—A Belize City man who claimed that he was beaten by police was remanded into custody for an indefinite time when he was arraigned on several charges before Magistrate Herbert Panton this morning.

Corporal Cajun also charged Bernardez with 1 count of resisting arrest and 1 count of assaulting a police officer. Bernardez is also charged with possession of a controlled drug, amounting to 1.4 grams of cannabis.

Bernardez pleaded not guilty to all the charges. Following his arraignment, he was remanded into custody at the Belize Central Prison for an indefinite time.

The court prosecutor did not have to object to bail for Bernardez.

“Mr. Bernardez, I could tell you right now, we don’t have to get into any song and dance,” Magistrate Panton told the accused man. “There is a fundamental policy in this court when I am presiding. I don’t give bail to people accused of assaulting the Queen’s men in the execution of their duties,” Panton stated.

“Tell me why you should not be remanded to prison until the conclusion of this matter,” Panton continued.

Bernardez’s response was: “I no cause no wound to no police.”

“I have a zero tolerance for persons charged with assaulting police officers,” Panton said with finality.

Bernardez, sensing that he was going to be remanded to prison, said, “The police was trying to put a handcuff on me and they scraped their knees.”

“Your honor, you could at least noh remand me dah prison. I da the only strength fu mi mother,” Bernardez begged.

Panton asked the court prosecutor for an adjournment date and Bernardez’s case was adjourned to October 9.

Bernardez, in a last desperate plea for his freedom, told the Magistrate, “Your Honor, you could ask mi sister, da the police dem beat me up,” as he pointed to his sister, who was in the courtroom.

The Magistrate ignored Bernardez’s last plea, and the court police officer escorted him out of the small courtroom.

Outside the courtroom, Shariva Lamb, 18, Bernardez’s sister, explained to Amandala, “I was by my father’s house, right around the corner, when a young boy came and told me that police was beating up my brother.”

“I don’t know if they were trying to arrest him, but I see over his left eye have a bust,” Lamb continued.

“A lady named Ms. Judith was trying to take some pictures, and the police detained her,” Lamb said.

Bernardez’s mother, Dorla Lamb, 39, who lives at 103 Antelope Street Extension, near to where the incident involving the police and her son occurred, told us, “After the police searched three men and found nothing on them, one of the officers picked up a match box in which there was some weed, and he asked my son, ‘da fu you da matchbox a weed?’

“The police then told my son, ‘dis da fu you and I wan detain you’”.

Lamb went on to relate what happened next: “My son said, ‘fu what? atta you no find dat pan me!’”

“Dem just start to beat up my son in front of me. I told them to please stop, I da ih ma, but they no pay no attention to me,” Lamb said.

“One a dem mi wan shock am with di thing whe dem shock yu with [a taser],” Lamb explained.

“My son no wound no policeman, da dem beat am up and neva wan take him da hospital,” Lamb protested.

Marlon Chavez, 33, an employee of the Belize City Council and resident of Gentle Avenue, who witnessed the incident, told Amandala that he is willing to go to court and give evidence.

“The man [(Bernardez] went to the corner of the lane on his bicycle, where he met two friends that he was talking to.

“The police, they came straight to him, stoned him against the vehicle. The police searched everybody and noh find nothing on anybody,” Chavez said.

“They searched the area and found one joint of marijuana and grabbed the young man in his shirt and tell am da fu him,” Chavez explained.

“Pick it up,” Chavez said the police ordered the young man.

“The young man replied, ‘I no di pick it up, dat da no fu me,’” Chavez recounted.

“The police start to punch up the man, kick up the man, lash up the man with the baton. All wey the man di say, ‘boss the weed da no fu me,’” Chavez told Amandala.
According to Chavez, the police called for backup and another police mobile unit came and took away a young lady who had been videoing the whole incident on her cellphone.