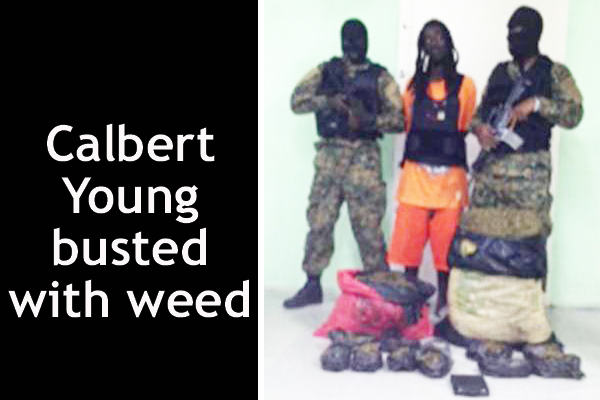 Police said they found over 50 pounds of cannabis while conducting an anti-drug operation, and have arrested and charged Calbert Hubert Young, 24, in connection with the discovery. According to police, at about 10:30 Sunday night, the Gang Suppression Unit (GSU), in the course of the anti-drug operation, searched a house on Gibson Street in the Fabers Road Extension area.

The GSU reported that when they went to the house, a 1-bedroom shack, the owner of the house, Calbert Hubert Young, was at home.

A further search of the room led the officers to discover two plastic bags containing four smaller bags of cannabis under a green sheet.

The sack found on the floor in the bedroom weighed 17 and a half kilograms, and in total, 24.95 kilograms of cannabis, along with a digital scale and several black plastic bags believed to be used for the weighing and parceling of the cannabis respectively, were found. .

Young was arrested and charged with four counts of “possession of a controlled drug with intent to supply.”