The ambulance driver had refused to stop at two previous checkpoints 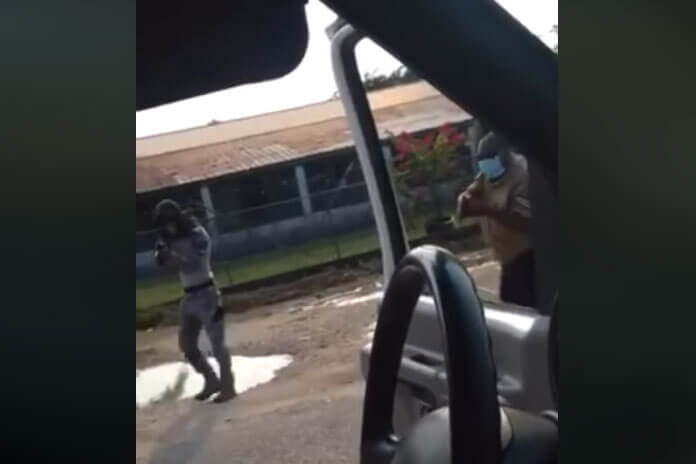 HATTIEVILLE, Belize District, Sun. May 10, 2020– This afternoon, an ambulance transporting a patient to the Karl Heusner Memorial Hospital (KHMH) was forced to stop at a checkpoint in Hattieville after it refused to stop at two prior police checkpoints before the Hattieville checkpoint.

In Hattieville, heavily armed policemen determined to stop the ambulance pointed their firearms at the approaching vehicle, forcing the driver to stop. Police said that the vehicle was checked and searched and nothing was found in it except the sick patient who was being taken to the KHMH, and her companion, and they were allowed to proceed.

Commissioner of Police Chester Williams said that police had information that the ambulance driver from Dangriga who was coming to Belize City was being forced to transport guns and drugs in the ambulance to the city.

Police said that they had made a checkpoint on the Hummingbird Highway, near Middlesex, Stann Creek District, in an effort to stop the vehicle, but the driver did not heed the stop sign and drove through the checkpoint.

Police from Belmopan were alerted and set up a roadblock to stop the ambulance outside Belmopan on the George Price Highway, and again, the driver did not stop at the roadblock and drove through, almost knocking down a policeman, and that was when the effort to stop the vehicle was stepped up.

Armed police units were brought in to stop the ambulance, and the heavily armed policemen waited for it in Hattieville.

Luckily, the driver stopped when he saw a number of policemen, with guns pointed at him, at the roadblock, and a deadly situation was avoided.

Williams said that this could have been easily prevented by an explanation from the driver to the police at the first checkpoint, that he was carrying a patient.

At this time, it is not known to which hospital the ambulance belongs.