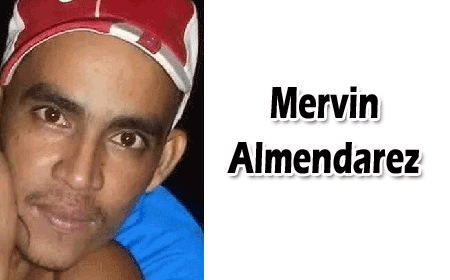 SAN PEDRO, Mon. May 9, 2016–The family of Mervin Almendarez, 26, a popular football player of San Pedro and the father of three young children, is trying to grapple with his sudden and violent death.

Almandarez, also known as “Catracho”, was gunned in the head around 11:30 on Friday night in the Mosquito Coast area of south Ambergris Caye.

Police have not publicized details of the shooting, but a man has been detained in connection with the murder.

Police say that at about 11:30 Friday night, the South San Pedro Neighborhood Watch Group was on patrol in the area when they heard a gunshot. The group immediately alerted police and waited for their arrival.

When police, who were also on patrol in the area, arrived and searched the area, they found the body of a man lying on the ground with a gunshot in the head. The man was identified as Melvin Almendarez. He was taken to the San Pedro Town Clinic, where he was declared dead on arrival.

“Catracho” was well-known in the community for his passion for football. He was a semi- pro player but was playing with the San Pedro Police Football Team in the season that ended last month. Reports to Amandala are that he had been contacted by a Mexican team to play for them.

He was a painter by profession and did various painting jobs, including the painting of houses and fences.

He did not have a police record and friends said that he was not a troublemaker.

Police have begun an investigation into the murder, but anyone with information who can help police solve the murder is urged to contact the San Pedro Police at 206-2022, the nearest police station, or call 0800-922-TIPS

Almendarez is survived by his wife and 3 children.