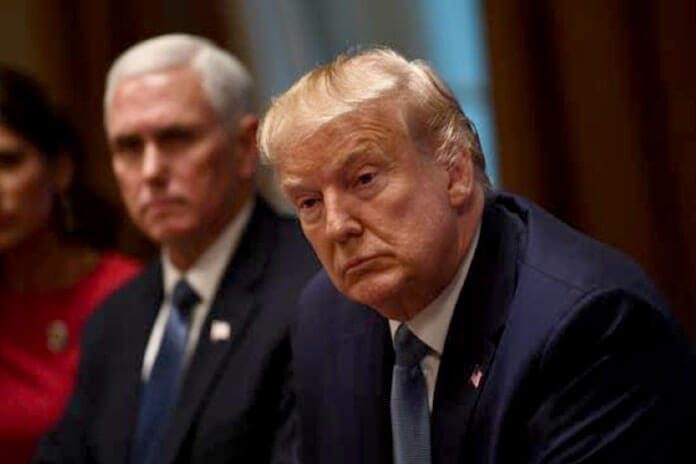 He will now face a trial in the Republican-controlled Senate, where, reports say, he’s likely to be acquitted.

WASHINGTON, DC, Thurs. Dec. 19, 2019– On Wednesday evening, the US House of Representatives voted to impeach President Donald Trump on two charges against him — abuse of power and obstruction of Congress.

The abuse of power vote passed 230–197, and the obstruction of Congress vote passed 229–198 against the Republican president.

President Trump will now face a Senate trial, which will be held to decide whether to convict Trump of the two articles of impeachment and remove him from office. However, it is believed that the president will be acquitted by the Republican majority in the Senate.
The Telegraph says that “even so, impeachment creates a permanent black mark on Mr. Trump’s political legacy that he shares with only two past presidents — Andrew Johnson and Bill Clinton.”

President Trump received the news while he was speaking at a campaign rally in Battle Creek, Michigan. He was “dismissive and defiant,” said The Telegraph, which reported Mr. Trump as saying: ‘They’ve been trying to impeach me from day one — after three years of sinister witch hunts, hoaxes, scams, tonight, House Democrats are trying to nullify the ballots of tens of millions of patriotic Americans.”

According to BuzzFeed News, “The abuse of power article alleges that Trump pressured Ukraine to interfere in the 2020 election by withholding hundreds of millions of dollars in military aid unless that country’s president announced an investigation into former vice president Joe Biden and his family, and the obstruction of Congress article is tied to Trump directing executive branch agencies and officials not to comply with congressional subpoenas. Several administration officials subsequently refused to testify during impeachment proceedings.”

“The House will pick a group of impeachment managers, who will make the case before the Senate that Trump should be removed from office. White House lawyers will serve as defense counsel. Senators play the role of jury while Supreme Court Chief Justice John Roberts will oversee the trial as judge.”

“A two-thirds vote is required to convict, which would mean 20 Republicans would need to get onboard. So far not one Republican senator has signaled they will vote to convict Trump,” said BuzzFeed News, which added that “Republicans have repeatedly argued Trump did nothing wrong, though the president has largely admitted to nearly everything outlined in the whistleblower report.”

Mr. Trump is the third US president to be impeached, following two past presidents — Andrew Johnson and Bill Clinton.

According to The Telegraph, “The vote plunges Mr. Trump into uncharted political waters. No US president has ever won re-election after being impeached.  Mr. Johnson, impeached in 1868, failed to win his party’s next presidential nomination. Bill Clinton, impeached in 1998, stood down when his second term ended in January 2000.”