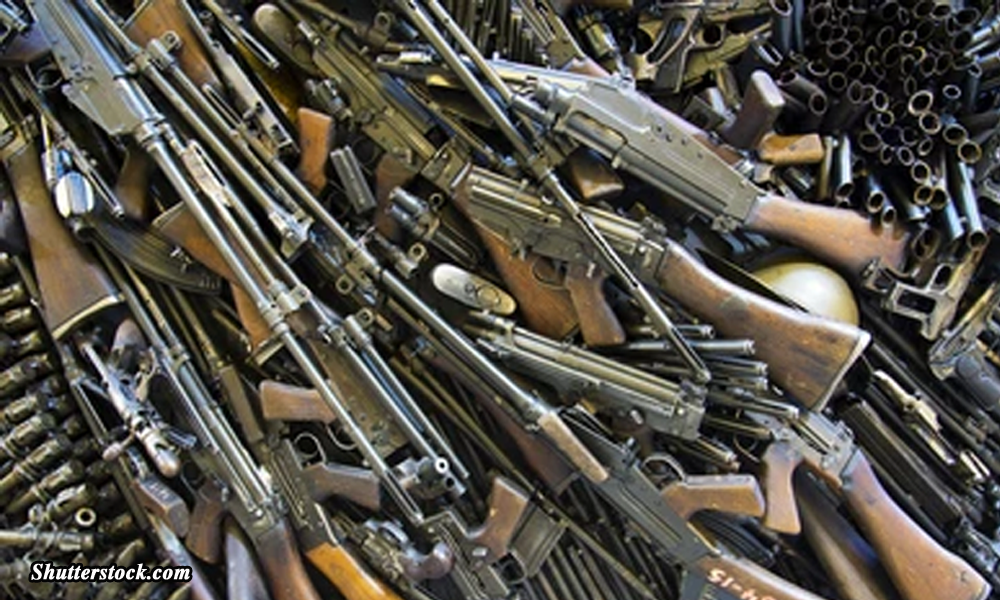 When I was a young man in the late sixties, the only people who owned guns were the Turks — that’s what we called people of Middle Eastern descent back then —and a few businessmen. The police had their clubs, no guns, just those billy clubs, to enforce law and order. If you were a rural policeman, in one of the villages that had a police station, you were issued a rifle with 302 bullets — don’t recall them being ever used, though, except for hunting. You had one or two murders a year, usually crimes of passion or intoxication. The populace itself was unarmed, maybe a pen knife, occasionally a machete, something you could run from, and live to fight another day.

Nowadays every Tom, Dick or Harry owns a gun, everywhere in the Jewel. If they don’t own one, it can easily be acquired, legally or illegally! What a ting. The proliferation of guns has reached a point where tourists are being gunned down on the streets with automatic weapons! When someone can just ride up on a bicycle and gun you down in your yard, on the streets, anywhere! It’s like we’re living in the Wild West — Jesse James, Billy the Kid, and no Wyatt Earp! The police are no match for these animals who have no regard for human lives. In some instances the police are among those who participate in these senseless killings! Total anarchy, in just the first week of 2023!

It is way past time for the legislature, the police, the press, the public in general, to stop romanticizing these agents of destruction. Stop publicizing them, giving them reputations, good or bad, and treat them as the scum, the vermin that they are! There are no grey areas in the quest to rid our society of this abomination; they have to be dealt with conclusively, effectively, and with the strength and force that will limit their capacity to run rampant in the streets. The gangs have to be subdued, repressed, rejected, outlawed!

The legislature has to pass bills to not grant bail, or make the bail so high, that they are held behind bars indefinitely, not just bailed out as if they were arrested for traffic violations. Empty the prisons of people who are there on minor drug charges, or those stealing bread to feed their families, and keep these animals locked up! Pass legislation to make it harder to acquire firearms, not to pass them out like candy to anyone who can afford a license. Kids, senior citizens, no one is secure, safe enough, to think that they are safe anymore, not even on your own property!

Enough is enough! Take the streets back, enforce the laws already on the books, strengthen them to protect the citizens, and stop playing roulette with the lives of innocent bystanders, of children! What will it take for these killings to stop being accepted as a way of life and not the aberrations they are? How many people have to die, before drastic, before draconian steps are taken to give us respite from this genocide? Do your jobs, stop pontificating, and do your damn jobs, all of you!