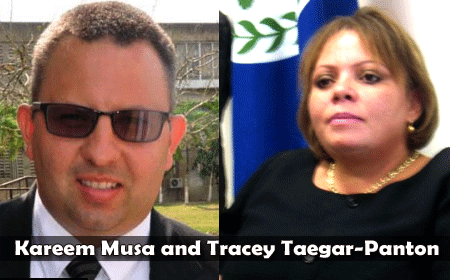 BELIZE CITY, Mon. Dec. 14, 2015–Official information received by the Amandala newspaper indicates that three new members have been named to the Public Accounts Committee, one of thirteen standing committees of the House of Representatives, while Opposition People’s United Party member for Cayo South, Hon. Julius Espat, has again been named as chairman.

The PAC is the only House committee chaired by an Opposition member. Whereas Espat was named to serve as chairman during the previous term of office, he refused to preside over meetings held to review reports filed by the Auditor General which went back to the administration of his party, insisting that they should only be required to deal with current reports.

Caribbean Shores, area rep, Opposition member Hon. Kareem Musa, has also been named to the committee, as the Opposition holds 2 of 6 seats in the standing committees.

Musa has also been assigned to the Finance and Development Committee, the National Security and Immigration Committee, and the Ombudsman Report Committee.

Apart from being named as a member of PAC, Hon. Taegar-Panton has been named as chair of two House committees: the Public Utilities, Transport and Communications Committee and the Tourism, Archaeology and Information Committee.

Following recent meetings of the House and the Senate, the first committee meetings were held today in Belmopan. The National Security and Immigration Committee met to review amendments to the Belize National Coast Guard Service legislation, while the Finance and Economic Development Committee met to consider the Private Pensions, Treasury Bills (Amendment) and Belize Island Holdings Facility Development Bills.