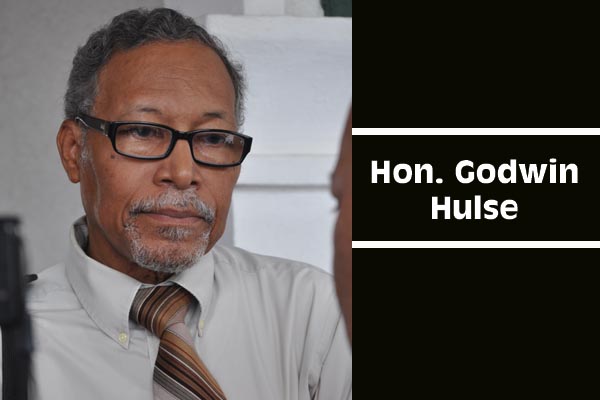 A hearing in a libel suit brought against The Belize Times, the official organ of the Opposition People’s United Party (PUP) by Immigration Minister Hon. Godwin Hulse was held in the chamber of Chief Justice Kenneth Benjamin this morning.

Hulse is suing The Belize Times over an article it published in its July 5, 2012, edition. The subject of the article, captioned “Godwin Hustler?” was the acquisition of lands in the Belize River Valley.

While Hulse does not deny owning and farming lands in the River Valley, he instructed his attorney, Michael Young, of Youngs Law firm, to initiate libel proceedings against The Times for bringing his integrity into question, if the paper did not publish a front page retraction of the offending article the following week.

Attorney Kareem Musa told Amandala today, Thursday, that they are working on the details of an out-of-court settlement of the libel claim.

“We are in the process of settling with Hulse,” Musa explained, “We are going to publish a retraction of the story.”

According to Musa, they are looking at a settlement in the region of $15,000 plus the cost of Hulse’s attorney fees.

The parties are due to appear back in the Chief Justice’s courtroom on next Thursday, July 10, to add the final details of the settlement.