Home Letters Who was behind the raid on the Ahmads?
Letters

Who was behind the raid on the Ahmads? 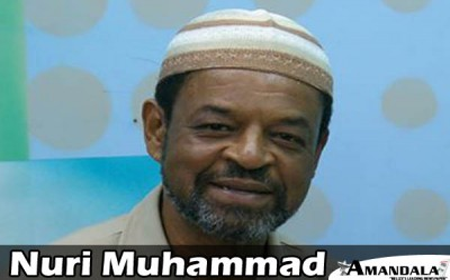 As I write this letter, I am fully aware that my family or any Muslim family in Belize, for that matter, could be next. For those of you who are not aware, on Monday, June 20th, the Ahmads, a prominent Muslim family in Belize, was hauled off in the back of pickup trucks to the Racoon Street Police Station in Belize City in an early morning raid at their homes. They were detained for over ten hours and not permitted even a phone call to inform their relatives, employees, community members or even a lawyer, of their whereabouts.

They were not properly informed as to why they were being detained. Even after they were released, no formal explanation, or apology, was given to them by anyone in authority. This was a most frightening experience for this family of twenty persons, including elderly grandparents with medical conditions; two pregnant wives (one to deliver any day now) and a minor under 13 years old. Five of the male members are self-employed businessmen, who were not allowed to even call their workers to inform them of what they were going through.

Unconfirmed reports are that this was a Special Branch operation that was executed before dawn from Belmopan police headquarters. I am told that even the Commissioner of Police was not informed of this mission.

According to Fareed Ahmad, popular barber and owner of Real Barber Salon, the officers for the most part were professional and conducted themselves as such, but there were also some rogue elements among them who totally disrespected his family. Some officers barged into the bedrooms of the houses before the women had a chance to properly cover themselves, he said.

But who was behind this? If the Commissioner was not informed and therefore gave no authority for this operation, who was in charge? Who gave the orders for this clear breach of the constitutional rights of these Belizeans? It is said that in the raid the officers were keenly interested only in all Islamic materials, including books, tapes, dvds, even the Holy Qur’ans (Muslim Bible) were removed from the homes and taken to the station. The most alarming confiscation, however, were all the electronic devices (cellphones, tablets, laptops) from the entire family, including the minors, that were taken and not returned even after they were released from custody.

This is an alarming situation and has serious implications for other Muslim families in Belize. Indigenous Muslims in Belize have no association with any international terrorist organizations in the world. There is no branch of Isis or Al Qaeda in Belize. Were the police looking for such a link? Is this coming from authorities outside of Belize’s jurisdiction? Is this part of an international dragnet directed from Washington? We know that in the US many Muslims have been arrested and imprisoned based on mere suspicion of association with what is termed “radical Islam”. Under the US Patriot Act, which considers suspects “guilty until proven innocent”, many Muslims have been jailed. Is this now coming to Belize?

Let me close by saying, that I, Nuri Muhammad, and I think I can speak for the Muslims of Belize, categorically denounce any form of terrorism, because it is contrary to the principles of Islam as established in the tenets of the Holy Qur’an and the practice of the Prophet Muhammad. We abhor any act of terrorism done anywhere, in the name of Islam.

What was done to the Ahmad family on Monday, June 20, 2016, was not only unlawful and unconstitutional, but runs contrary of the universal spirit of justice based on the fundamental principle of: INNOCENT, UNTIL PROVEN GUILTY.