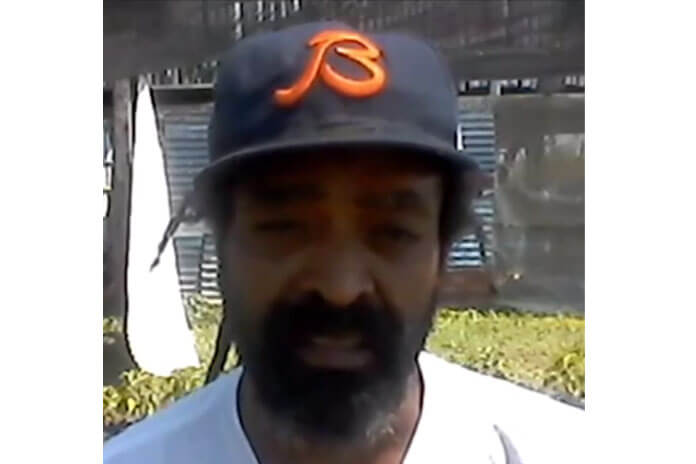 David “Ras Bano” Barnett, one of the founding members of Harmonyville, which lies between St. Matthew’s and Cotton Tree villages on the George Price Highway, told Evan Hyde, Jr., in the 10th episode of the YouTube show “Talk To Mi” on Krem Plus, that the group has given out over a thousand 1-acre plots on their 1300-acre parcel, and he wants to encourage Belizeans who own plots and are not presently cultivating it, to come out and plant.

The project at Harmonyville was spearheaded by the Belize Grassroots Empowerment Association (BGYEA) several years ago, and the group is still very active, developing their plots, even though it has been discouraging at times, Mr. Barnett said.

Barnett said that not only has the government not helped the farmers at Harmonyville, but they have also put up barriers to block their way. Accessibility is still a problem at Harmonyville, he told Hyde, and there is need for roads to be built in the area, and for more access to water. Barnett said he dug a well, to a depth of 25-feet, but more access to water is still needed. Whenever the Harmonyville residents try to hire the public well rig, the government gives some excuse for not being able to make it available, he said.

Speaking on the pandemic, Barnett said that COVID-19 is giving us a “reality check”, and even though we could have been much further along the path of self-sufficiency as a people if more of us had started growing our food earlier, it is good that Belizeans are now “seeing the light.”

Barnett says he doesn’t see our economic challenges easing up anytime soon, so the best thing for Belizeans to do is to get access to land, and plant. He said they have found that the easiest way to do this is to form syndicates, groups of ten, and together develop an acre, before moving on to develop another plot.

“Seventy-five dollars a week can’t feed a family (the government is assisting some unemployed Belizeans with a $75 stipend per week), and things will get more expensive. We have to wake up from our deep sleep, stop being happy eating Ramen…. Come to the country to work the land and eat nourishing food,” Barnett said. He went on to note that ground food, vegetables, coconuts, and fruit trees do well on the land at Harmonyville.

Anyone who has land at Harmonyville and wants to come and work it can contact the group, and not only will they be shown their land, but the group is also eager to guide and assist them in whatever way they can, Barnett said. He added that one request he has is that the authorities desist from stereotyping the persons whom they meet at the checkpoints, and to stop harassing those men who are going to do work on their land because of the color of their skin, and their matted hair.

Anyone who wants to reach the group can contact David Barnett on his facebook page, send an e-mail to [email protected], or call 670-9192.