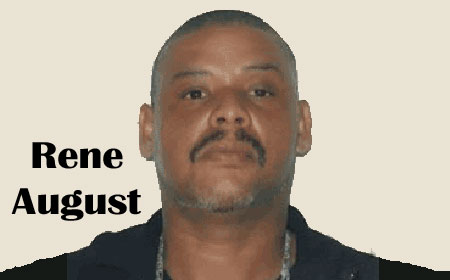 VERA CRUZ, Mexico, Thurs. Aug. 18. 2016–Belizeans Rene August, 50, a tour guide operator and vehicle dealer of Santa Elena, Cayo District, and Juan Rudon, 67, were travelling back to Belize from the United States through Mexico when on their arrival in an area called Jamapa in the city of Vera Cruz, August, who was driving a Ford Escape, lost control of the vehicle and it overturned.

According to reports in the Mexican newspaper, Diario de Vera Cruz, rescuers had to cut August out of the wreck, but he was declared dead on the scene. However, his partner, Juan Rudon, escaped unhurt.

Mexican authorities report that August was towing a Jeep SUV behind the Escape, but it is not yet known what caused him to lose control.

According to Alberto August, UDP Chairman and cousin of the deceased, the Belize Embassy in Mexico City, including Ambassador Oliver Del Cid; Deputy Chief of Mission, Michelle Vanzie; and Honorary Consul, Sandra Vasquez, have been assisting the family in sending the body back home so that the family can give him a proper funeral.

The family thanks Ambassador Del Cid and his staff for the support.