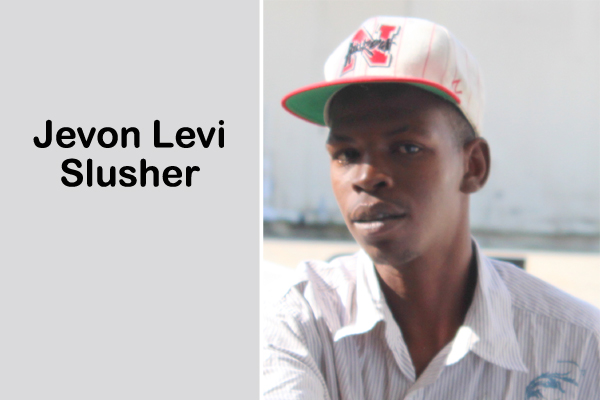 A Belize City man who has a previous conviction for keeping an illegal firearm and ammunition was convicted a second time for a similar offence and was sentenced to 20 years in prison after he was found guilty of both charges in the Magistrate’s Court on Wednesday.

Chief Magistrate Ann Marie Smith sentenced Jevon Levi Slusher, 32, to ten years on each charge, but stipulated that the sentences are to run concurrently, so Slusher will only spend ten years in prison.

In 2006, Slusher was convicted on firearm and ammunition charges and sentenced to five years in prison.

Concerning Slusher’s latest charges, according to police, around 10:15 p.m. on February 22, 2013, they observed Slusher throwing an object into a bushy area near Jane Usher Boulevard.

Police retrieved the object, which turned out to be a .9mm Glock pistol that was loaded with three rounds.

In his defense, Slusher told the court that the police could not have seen him throw the object, because the area was dark.

But when he was cross-examined by the court’s prosecutor, Sergeant Egbert Castillo, Slusher admitted that the area is crime-ridden and “one has to always be strapped,” referring to always carrying a gun.

Slusher had told the court before he was cross-examined that he never had a gun. So, he was caught in a lie and was found guilty of the two firearm offences.