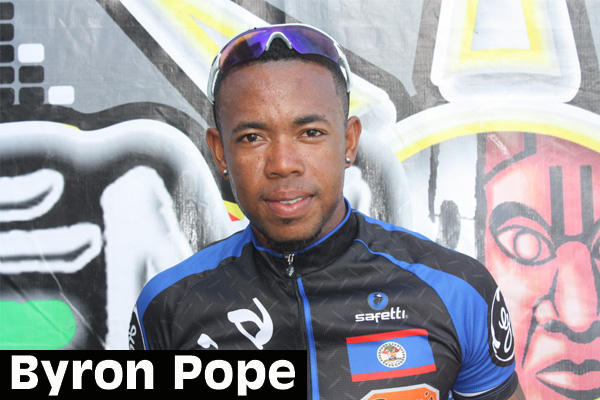 BELIZE CITY, Thurs. Apr. 7, 2016–On Saturday, April 2, the Cycling Federation of Belize (CFB) informed Krem management, race organizers of the 26th Annual Krem New Year’s Day Cycling Classic, that they had been given the “green light” by NADO (National Anti-Doping Organization) to award the prizes to the winners of the race. However, the CFB noted that it had been informed by NADO of the disqualification of two riders, Gregory Lovell and Byron Pope (due to positive test results for banned substances), who had been previously listed as the 2nd and 3rd place finishers, respectively, in the 2016 Krem Classic. With the disqualification of those two cyclists, it means that all cyclists previously listed beneath them, from 4th downwards, have moved up two places in the official finishing list, thus adding 2 new names to the Top 20 list; and, more importantly, it means more prize money for some of them according to the 2016 published prize listing for the top 20 finishers in the Krem Classic.

One other rider who “came up big” due to the disqualification is Mexican Juan Manuel Yapur, whose name now replaces that of Greg Lovell for the $1,000.00 station prize at Maskall Junction, donated by Hon. Edmond Castro. All other station prizes, most of which were taken by eventual race winner Joel Borland, remain the same.