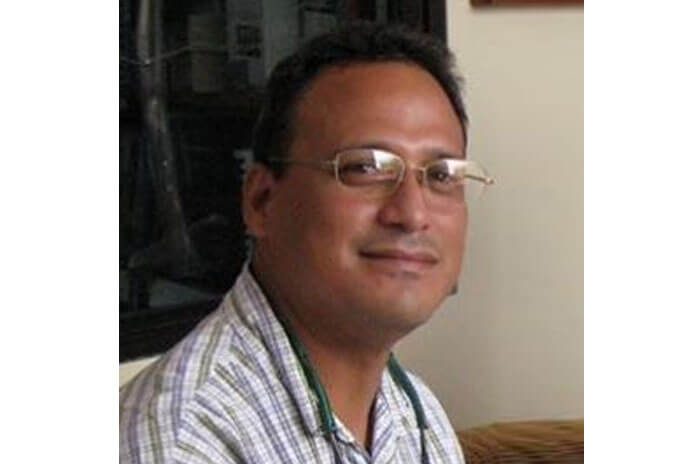 BELIZE CITY, Tues. Jan. 14, 2020– The Belize Sea Scouts has been in existence in Belize since 2004 and functions as a unit within the Scout Association of Belize. In 2010, the Sea Scouts leadership helped to birth the Belize Sailing Association (BzSA), the national body for sailing in Belize. As the flagship program, one of Belize Sea Scouts’ founding fathers, John Oliver (deceased) promoted and fund-raised for the Optimist Program that would see as many as 70 boats brought into Belize. One of the aims was to help expand youth sailing, nationally. There was enthusiasm and community spirit; but, as sailing grew over the past 10 years, fractures appeared, and basic good governance and business practices were overlooked.

In April of 2017, a concern was raised regarding 3 members of the same family, Mr. and Mrs. Keith Hardwick, and their son-in-law, Ryan Welch, being on the board of the Belize Sailing Association, when only 4 persons were required for quorum of the Board. Even with only a husband and wife team, they have majority vote if the quorum is only 4 persons from the board. This concern regarding nepotism on the board of Belize Sailing Association and lack of ethics was never captured in the minutes of the meeting, and the matter was never addressed.

But other issues have plagued the organization and the members. Early in the life of the Belize Sailing Association, it became obvious that ownership agreements were done only as gentlemen’s agreements, and there were no written agreements. As enthusiasm and energies of the board waned, and one of the main advocates and prudent leaders stepped down after 5 years of dedicated service, the recruitment of experienced administrators as leaders on the board became challenging.

The Scouts Association of Belize prides itself in culturing leaders and civic minded citizens, and is committed to ensuring that children and young people have a safe environment for them to learn, grow and have fun. This is the top priority for Belize Sea Scouts.

After an incident at a regatta in 2017 in Corozal, the Skipper shared his concerns in conversations with members of the board, and had intended for this to be taken up at the next AGM. The incident involved the berating of a young female sailor by the leader of a sailing club for her sailing performance that brought the young girl to tears. It is important for coaches and parents to understand what is harmful for youths, and that verbal abuse can have a lasting effect coming from a person in authority. We never saw that young lady sailing again, but she has stayed friends with some of the Belize Sea Scouts. (We encourage leaders and coaches in sports to visit this site – https://www.scout.org/safefromharm)

Unfortunately, these concerns would never be ventilated, because the Chair of the Belize Sailing Association and key members of the board barred Pott from participating in the AGM under the guise that his membership was in arrears, even though the Constitution of BzSA allows non-members to bring concerns or complaints. Long standing and experienced members also pointed out that memberships ran a full calendar year and if AGMs are supposed to be held in November, and it is held in October, then a member’s account is not in arrears, since the member pays for a calendar year (January to December). Nonetheless, Pott recognized that neither his expertise nor his participation were welcome, so he exited the meeting and left the Hardwicks to their own devices.

There are four main actions recommended to guide the board and promote good governance of sailing business in Belize. (1) Enact anti-nepotism policies in the constitution. (2) Establish term limits. (3) Ensure that adult leaders working with youths are properly screened and trained, and know how to work with youths, considering the updated and appropriate pedagogy now employed with young people, that ensure that they are “Safe from Harm.” And (4) conduct, an independent external audit of the BzSA by a reputable firm.

A week ago, the Belize Sea Scouts received an invitation to the AGM, something the Belize Sea Scouts had not received in 2 years. I assumed that BzSA was reforming their ways, and was willing to mend fences; but it was more of the same. At first, I was told that my membership was under consideration after I showed proof of payment. However, I was taken aback when I was informed that I would not be able to attend, observe or participate in the meeting. It seems it was more of the same, and with only 7 persons attending the AGM, including 2 observers, it is apparent that those at the helm are comfortable with business as usual, even though the ship is taking on water, and good people have abandoned the ship. I gave the BzSA board several years to learn and grow; but members have abandoned BzSA for good reasons, and I now I feel obliged to share the circumstances in an effort to get BzSA upright and back on course.

(Roberto Pott started sailing in the camp of the late Sir George Brown in the mid 1980’s. He also sailed in the boats owned by Hilly Martinez and the late Dean Lindo under the tutelage of the late Winston Batty and Teddy Blease. Roberto is a certified Dinghy Instructor, certified Rescue Diver, and holds a Master in Environmental Management from Duke University, specializing in Coastal Environmental Management. Roberto also served on the Board of BzSA in 2011 and 2015. Roberto worked on the management team for Belize Audubon Society and Roberto operated the Belize country office of Healthy Reefs for Healthy People, both for 5 years separately. Roberto continues to work in marine conservation in Belize and the region, and is an avid dinghy sailor.)