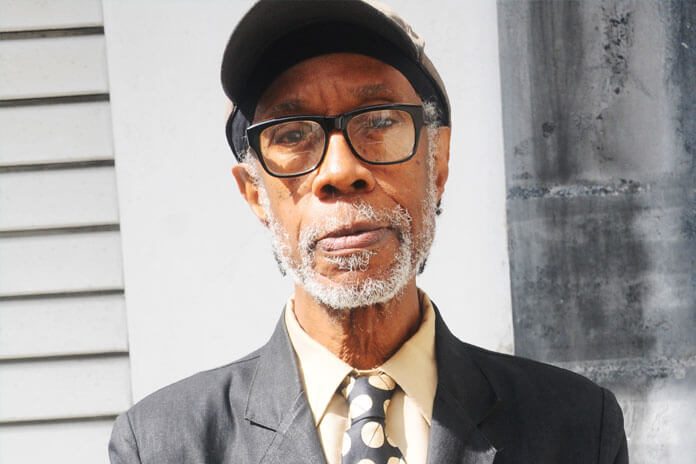 BELIZE CITY, Thurs. Nov. 14, 2019– Ronald Haynes, a son of the great patriot, Belizean Samuel Haynes, who penned the poem “Land of the Gods,” which became Belize’s national anthem in its variation as “Land of the Free,” is on his first visit to Belize.

Haynes, who lives in New Jersey, told us that he is the second of Samuel Haynes’ three children. “My older brother, the late Samuel Haynes, Jr., and then I had a younger sister, the late Iris Haynes,” he said.

Haynes said his father wrote the “Land of the Gods” when he was in his twenties.

“I used to teach English in New Jersey and now I am a tennis coach involved in athletics at a private school, among other things,” Haynes, who is visiting Belize for the first time, said.

“The love and the attention that I have received here make it feel like it is my second home. I am representing my father on this trip, so all the accolades and welcoming I have been receiving, I transfer to my father, because he wasn’t able to experience it himself,” Haynes said.

We asked Haynes to give us a brief biographical background about his father.

Haynes explained that his father was a member of the British Honduras Volunteer Guards and when he was about 17 years old, he went away during World War I and traveled in Europe.

“I always wanted to come here, back when it was called British Honduras. I knew my father obviously was from a foreign country, so as his child, I naturally wanted to come here,” Haynes admitted, adding, “He kind of discouraged the family from coming, saying that we wouldn’t have the amenities and comfort we have in the States. We still wanted to come anyway.”

Haynes said he kept putting off coming to Belize; “but I knew I would get here eventually. So this year I was prompted by a second cousin, Harold Usher, who lives in Canada. Harold said to me, ‘Ronald, you really need to get to Belize,” he said.

We asked Haynes if he has other relatives in Belize.

“That’s an interesting question. I am meeting people from all over. I felt that once I would get here, I would meet people. But, because of the welcoming I have gotten in Belize, the floodgates opened, once I got here. People have been able to find me, and I will stay in touch with everyone,” he said.

We asked Haynes to tell us about his relationship with his father.

“I tell everybody, growing up, to me, he was Daddy, who happens to be a great man. I knew my father was warm, and generous. Growing up, I knew I was the son of a great man. My father was an older father when I was born — he was 51 years old. I think that had something to do with the nurturing and love he showed us, because he was not a youngster raising up kids,” he remarked.

“When the war started, that was an opportunity for my father, and he left British Honduras at that time,”Haynes said.

“I did some research at the archives in Belmopan and I knew that my father wanted to travel the world when he was young,” said Haynes