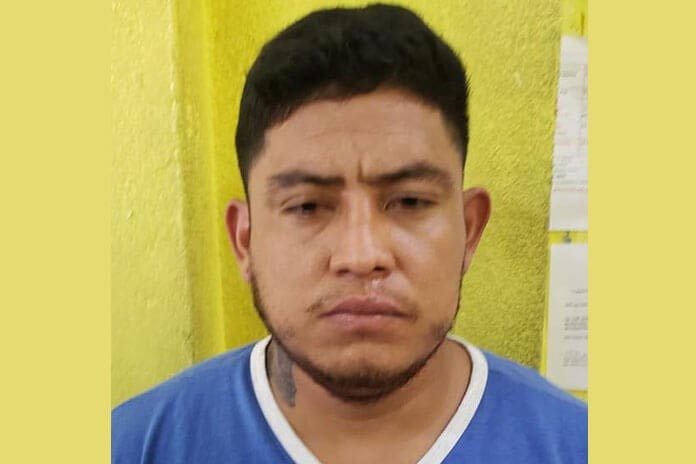 BULLET TREE FALLS, Cayo District, Fri. Jan. 3, 2020– Ryan Hob, 28, of Bullet Tree, has been charged with 3 counts of grievous harm and wounding for chopping Genaro Martinez, 32, and Patricio Kuylen, 36, at a bar in Bullet Tree Village at about 9:00 Sunday night, December 29.

Hob was arraigned at the San Ignacio Magistrate’s Court today. He pled not guilty and was offered bail of $3,000 and ordered to return to court on Wednesday, March 25. He has not yet met bail, so he remains detained.

Police said that Martinez and Kuylen, two laborers of Bullet Tree, were socializing at a bar in the village and as they were about to leave, Hob and another man, both armed with machetes, came up and chopped them. Martinez received chops in his head and arm and Kuylen was chopped in his head and body. The two men were taken to the Western Regional Hospital, where they were admitted. Their conditions have been described as serious but stable.

A police investigation into the chopping led to the detention of Ryan Hob. Police say they know the second man and they are looking for him. Senior Superintendent Hilberto Romero of the Police Department said that the chopping arose out of a misunderstanding between the men.