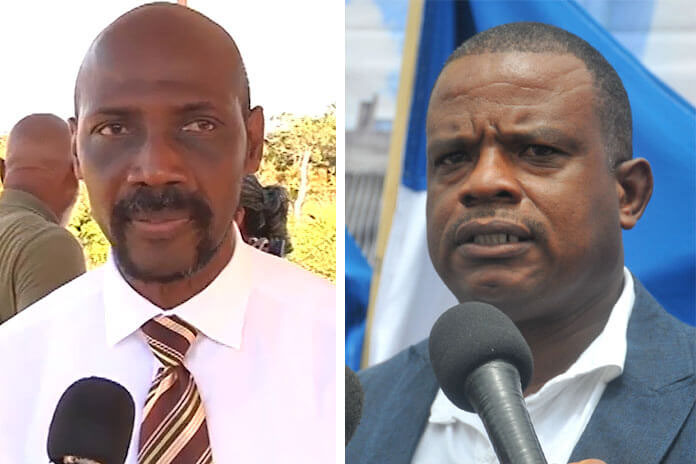 BELIZE CITY, Mon. Mar. 2, 2020– When the Lev Dermen scandal erupted and brought down John Saldivar as the newly elected United Democratic Party leader, Senator Steven Duncan, who has been a sitting senator since 2015, suddenly resigned from the Senate on February 11, 2020.

There are questions about whether Duncan should have been appointed a senator in the first place, considering that at the time of his appointment, he held the position of managing director of Heritage Bank.

The question that Saldivar wants the Central Bank governor to answer is whether or not the bank approved Duncan’s Senatorial appointment given the conflict of interest of the Senate appointment and his employment as a banker.

The thrust of Saldivar’s letter to Grant is that Duncan was not qualified to sit as a senator, because he is a Politically Exposed Person (PEP).

Saldivar said that the Central Bank should have opposed Duncan’s appointment as a UDP senator.

Saldivar said in his letter to Governor Grant: “…I write to complain that under the watchful eye of the Central Bank of Belize (CBB), the Managing Director of Heritage Bank Limited, Mr. Steven Duncan, was appointed a Senator for and by the United Democratic Party (UDP) (ruling party in the government) in late 2015.

“Immediately, as per all litmus tests, such an appointment should have been disallowed by the CBB, or if Mr. Duncan insisted on being a Senator, then he should have been removed from the head of Heritage Bank Limited by a ‘not fit and proper’ classification by the CBB.”

“However, up until his resignation from the Senate on February 10, 2020, Steven Duncan was allowed by the CBB to carry on, in public view, political work for the UDP as a Senator for over four years in a very partisan and divisive society. He also presented resolutions at the UDP national convention in full UDP party colors,” said Saldivar.

Saldivar ended his letter by stating, “I am curious as whether or not Mr. Duncan received written permission from the CBB prior to accepting the post of UDP Senator while sitting as the Managing Director of Heritage Bank. If permission was granted, divulgence of the reasoning for it is required, if not, then he was acting in contravention of the DBFIA (Domestic Bank and Financial Institutions Act), and that is sufficient grounds for his removal from Heritage Bank Limited.”