Salvadoran gang leader captured for a third time in Belize 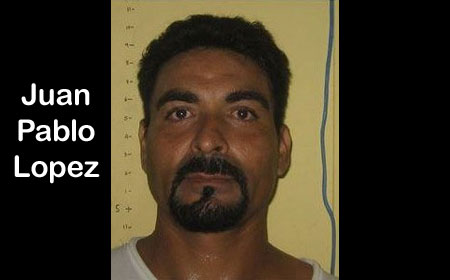 BELMOPAN, Thurs. Oct. 20, 2016–A gang leader of El Salvador, identified as Juan Pablo Lopez, 25, is presently in Belmopan police custody on charges of illegal entry. He is waiting to be arraigned at the Belmopan Magistrate’s Court.

Police said that this is the third time that the gang leader has been found in Belmopan. He was arrested on two separate occasions and charged for illegal entry. He was deported back to his country, but somehow, he reentered Belize and returned to Belmopan.

Police said that yesterday they were on patrol in Belmopan when, on arriving at the market, they saw the expelled gang leader.

He was immediately arrested and Immigration officials were called in.

Lopez was taken to the Belmopan Magistrate’s Court today, and information to us is that he was fined $3,000, which he was to pay immediately, or in default, spend 3 years in jail, after which he would be expelled.

Lopez was unable to pay the fine and was remanded to prison.