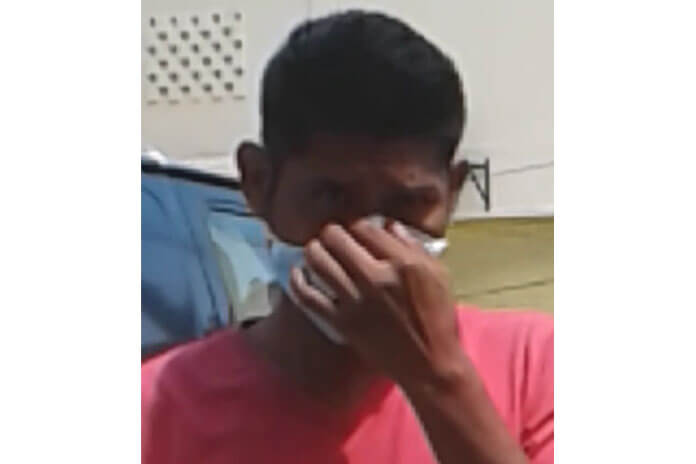 BELIZE CITY, Tues. May 19, 2020– Jose Sosa, 25, a Salvadoran national who is a construction worker working in Belize City, has been sentenced to six months in jail, after which he will be deported back to his country.

Sosa was today taken to the Belize City Magistrate’s Court, where he appeared before Magistrate Tricia Pitts Anderson on a charge of illegal entry.

Sosa had been apprehended after he was approached by police, who requested that he show them legal documents (a visa, work permit or visitor’s permit) that authorized his presence in Belize. When he was unable to do so, he was detained and charged with failure to produce a visitor’s permit and was then handed over to the Immigration Department.

Police said that they were conducting patrols in the city when they saw Sosa walking and they stopped him as part of a routine search for illegal items. When it was established, after he was questioned, that he was a Salvadoran national without documents, he was taken into custody and was booked for the offense.

Sosa was fined $1,000, which he was to pay immediately, but he was unable to pay the fine and was thus sentenced to six months in prison.