Whose Sarstoon? Whose Belize? 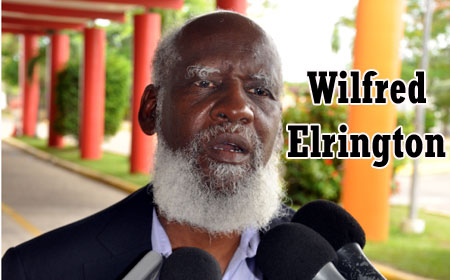 BELIZE CITY, Thurs. July 16, 2015–The Guatemalan government, through a diplomatic note, has informed the Belize government that it objects to the construction of a Forward Operating Base (FOB) on Sarstoon Island, which lies at the mouth of the Sarstoon River, in Belizean territory, deemed necessary by Belize law enforcement authorities to curb not just illegal fishing in the area, but also illegal logging by Guatemalans who encroach on Belize’s mainland to extract timber, such as the prized rosewood.

Sarstoon Island is not in the Adjacency Zone, which is an area spanning 1 kilometer on either side of the western border between Belize and Guatemala, administered by the Organization of American States (OAS), which acts as a broker between the two countries in respect of a territorial claim by Guatemala against Belize, which Belize insists is unfounded.

In late May, the Belize Coast Guard was deployed on a reconnaissance mission in preparation for the construction of a Forward Operating Base (FOB) on Sarstoon Island, but the mission was aborted and the Coast Guard was ordered to withdraw from the island before completing its mission.

The withdrawal was reportedly ordered by Prime Minister Dean Barrow, who has refused to brief the nation about the stand-off between the Belize Coast Guard and the Guatemalan Navy.

Since then, there has been no further mention of the plans to construct the FOB on Sarstoon Island until yesterday, when the Chief Executive Officer in the Ministry of National Security, Col. George Lovell, (Ret’d), told News 5 that Guatemala has objected to Belize building the FOB before the territorial dispute is adjudicated at the International Court of Justice (ICJ).

Today, reporters caught up with Foreign Minister Wilfred “Sedi” Elrington just before he boarded an international flight at the Philip Goldson International Airport.

When he was asked to comment on Guatemala’s response to the FOB, Elrington said, “First of all, you would all agree that when it comes to matters relating to Belize, the views of the Belizeans are very different from the views of the Guatemalans, so that we have no responsibility for their views.”

Elrington said that the practice is generally that whenever we want to carry out any type of activity or project in sensitive areas along the border, we communicate with the Guatemalans and we get their views on it.

“Depending on the views that they express and how strongly we feel about it, we take those actions which we deem are in our best interest. That is always what we do,” Elrington stated.

Elrington said that when the Guatemalans were informed that Belize had intentions of building an FOB on Sarstoon Island, they (the Guatemalans) suggested that the matter be discussed at the Organization of American States (OAS) before the territorial differendum case goes to the ICJ.

“They seem to be suggesting that we discuss it at the OAS before we take any further action, given the fact that we are on our way to the ICJ,” he remarked.

Asked why the Guatemalans would take such a view when we are not doing anything that contravenes their laws, and this is our sovereign territory, Elrington answered a question with a question, replying, “Why would they want to claim our country, when in fact we are not claiming theirs?”

“I can’t explain the attitude and the position taken by the Guatemalans. I know very forcefully and clearly what is our position. We must do what is in our best interest,” Elrington went on to comment.

Asked if Belize will go ahead with the construction of a temporary base on Sarstoon Island, Elrington replied: “My understanding of the situation is that we are waiting to have a meeting at the OAS. After we have completed that meeting, then we will determine the way forward.”

Why is it necessary to consult the OAS on the construction of an FOB in Belize territory, we asked Elrington.

Elrington replied, “Because the Guatemalans are making an issue with respect to it, because they are claiming the entire territory. So this is not abnormal. This is completely normal. What they are doing now is basically the pattern that they have been pursuing since 1937 when they decided not to recognize our border. In 2000 and odd they actually came across and took away some of our policemen and soldiers. This is not unusual and it is not unusual in relation to border matters. It’s a kind of push and pull whenever there is a border dispute.”

“The decision to do the FOB was decided long before we got into power. That decision was made by the old PUP government,” Elrington explained.

“Then when we got into power, we took a decision that we would like to continue with it, and then it lay dormant until very recently when the issue reared its head,” he added.

Elrington explained that for the time being, Belize will not proceed with the FOB until it is discussed with Guatemala at the OAS. That discussion is expected to take place near the end of this month.

“Nothing has changed. The plan was conceived 20 years ago. The Guatemalans are not doing nothing new. What they are doing now they have done last year and the year before,” said Elrington.

Elrington said that there was no decision by the Belize Government to act on the plan to build the FOB this year. “People were investigating possible sites, but a decision to build a FOB was made by our government maybe six years ago. And it was supposed to be built by the Belize Defence Force,” he said.

The Government of Belize allowed a Guatemalan Navy boat that ran onto Glovers Reef last month to leave without taking the normal course of action that would have been taken with any other vessel that has damaged our reef.

Government officials at the time had said that the Ministry of Foreign Affairs would have communicated with Guatemala after the necessary damage assessment was done. There has been no official response from the Guatemalans on compensating Belize for the damage that their gunboat has caused. Elrington said that these things “take time.”

It is our understanding, however, that the Guatemalans have not even acknowledged receipt of the Ministry of Foreign Affairs’ communication on the matter.