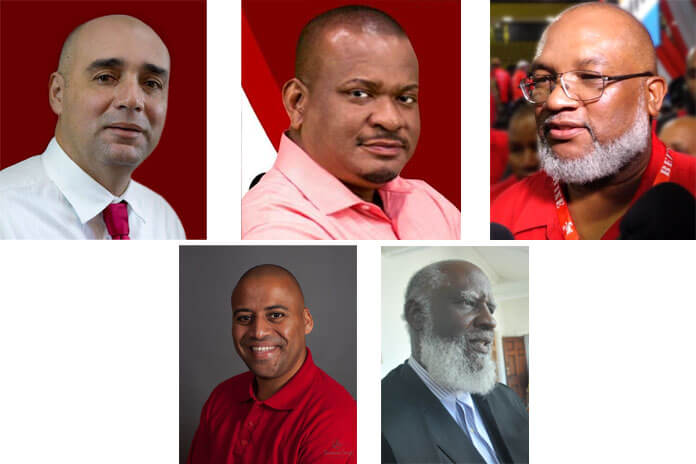 Elrington, however, dodged the question when he was asked if he would submit his name as a candidate for the post of UDP leader.

Although the COVID-19 pandemic caused the UDP to postpone their leadership convention, the list of candidates who have submitted their names to the party’s secretariat has been growing. There are now 5 persons in the race to lead the governing party, its chairman, Hon. Michael Peyrefitte, told News5 today, following the meeting of the Senate.

Peyrefitte went on to list the five applicants: “Five that I am aware of —Minister Saldivar, Minister Faber, Minister Figueroa, and now President Bradley and Minister of Foreign Affairs Wilfred Elrington,” he said.

Peyrefitte also confirmed that in Bradley’s case, by virtue of the fact that he is a member of the National Assembly, the UDP constitution makes provision for him to vie for the party leader post.

If Bradley, who is president of the Senate, were to win the race, the situation would be even more complicated for the UDP, because Bradley cannot be sworn in as prime minister.
Under the Constitution of Belize, the person who becomes prime minister is the person who commands the majority in the House of Representatives.

Faber, however, decided to enter the race, and this prompted Saldivar to re-enter the race he had won on February 9, but had to walk away from after his name became linked with US fraudster Lev Dermen.

Saldivar’s run as UDP leader-elect was short-lived, a mere 72 hours.