Sex scandal in the BDF 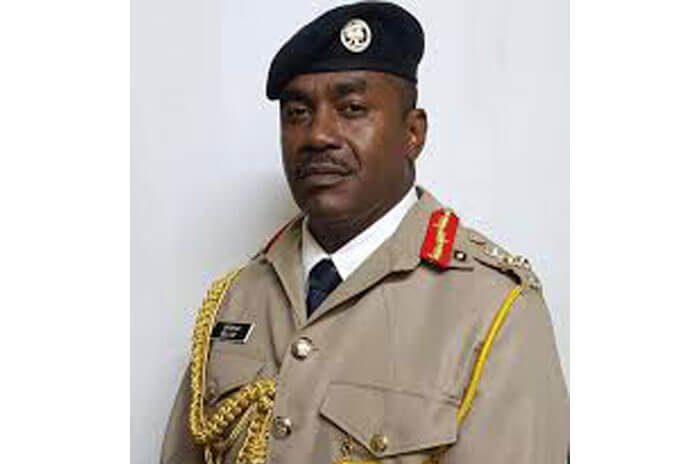 BELIZE CITY, Thurs. Jan. 30, 2020– The Belize Defence Force (BDF) is about to celebrate its 42nd anniversary and pass out a new recruit squad in a ceremony scheduled to take place at 2:30 p.m. tomorrow, at the BDF Price Barracks Headquarters in Ladyville.

While those two events may be the big news for the BDF, there are disturbing allegations of “misconduct, extortion, maltreatment, sexual assault and sexual advances” coming out of Price Barracks, a Ministry of National Security press release said today. If this turns out to be true, this would be a gross violation of the fraternizing rules established to uphold discipline and respect in the force.

The disturbing allegations are said to center around the female recruits at the BDF training camp, who suffered these acts, reportedly at the hands of their senior officers and trainers. According to one news report, one of the recruits was impregnated by a trainer.

Tonight, Amandala spoke by telephone to a retired BDF Captain, Derrica Castillo-Salazar, who had experienced an incident of sexual misconduct by a male officer at Price Barracks.

Today, Salazar began circulating a petition and told us tonight that within that short period of time, she has already gotten 250 persons to sign onto it. Salazar’s petition is to urge the Human Rights Commission to investigate the human rights violations taking place in the Belize military.

Salazar told us that she spent a decade in the BDF, before she retired.

We asked Salazar if the kind of predatory behavior was going on when she was in the BDF.
“I am a survivor of sexual assault from a fellow officer,” Salazar, who gave us permission to use her name, told us.

Salazar said that she and the officer who assaulted her had just returned from Commission School when the incident occurred. “We had joined the force together,” Salazar told us.

Salazar went on to explain that the BDF wanted to deal with her matter, but she decided to let the criminal justice system handle the matter, so she dutifully made a report to police, and the officer was charged with a sexual offense.

“I went through the court system, but unfortunately, I lost my case,” Salazar disclosed.

Salazar explained, “I was heavily recommended to have the BDF deal with it, but because I know the Defence Act and I know that the BDF has no power over sexual offenses, I decided that I was going to take the matter to court.”

We asked Salazar why she asserted that the BDF had no jurisdiction over sexual offences.
Salazar explained that there is a portion in the Defence Act that describes a sexual offense as being a civil offense.

The Defence Act is Chapter 135 of the Laws of Belize and the Civil Offences are explained in Section 57-1, which says, “Any person who is subject to military law who commits a civil offence whether in Belize or anywhere else, shall be guilty of an offense under this section.”

“So it wouldn’t be dealt with as a military offense”, Salazar pointed out.

Salazar said that the cases of sexual assaults that have recently occurred in the BDF should have been reported to the civilian authorities. The recruits who reported these crimes should have been taken to the police to give a statement, she said.

Salazar characterized the manner in which the BDF is treating these reports as “obstruction of justice.”

She said that from every intake of recruits, “we keep hearing these kinds of allegations.”

“I must say that I applaud the Ministry of National Security for putting together this team of investigators, but there needs to be transparency, because you are asking the big brother to look at what the little brother is doing,” Salazar said.

Salazar said that there are female BDF officers at the training camp, and so she questions why the sexual abuse is happening.

Today, via a press release, the Ministry of National Security announced that the BDF is conducting an investigation into the alleged misconduct at the BDF Training Company.

“The Ministry, and by extension the Belize Defence Force, has a zero-tolerance policy, particularly as it pertains to these types of misconduct,” the Ministry press release said.

The release added, “The BDF views every single case of sexual assault as a failure to manage and enforce the standard procedures that are in place to protect the recruits that were in training. This matter will be investigated thoroughly and will be dealt with accordingly.”

“BDF Commandant Brigadier General, Steven Ortega, finds these occurrences to be grossly unacceptable and will ensure that the procedures are reviewed to prevent any such reoccurrence,” said the release.

The Commandant also urges the affected recruits to act intentionally in order to pursue justice.

Minister of National Security Hon. John Saldivar has been “fully appraised of the situation and has assigned a special investigation team,” the release said.

“The team will be led by Assistant Superintendent Sherlette Ramclam, recent honor graduate of the FBI Academy, and includes Inspector Shaida McKenzie, Lead Investigator at the Crimes Investigation Branch in Belize City; Ms. Josephine Garbutt, Senior Administrative Officer at the Ministry of National Security; and retired Commissioner of Police, Mr. Gerald Westby, who is now Chairman of the Civilian Complaints and Review Board,” the release announced.