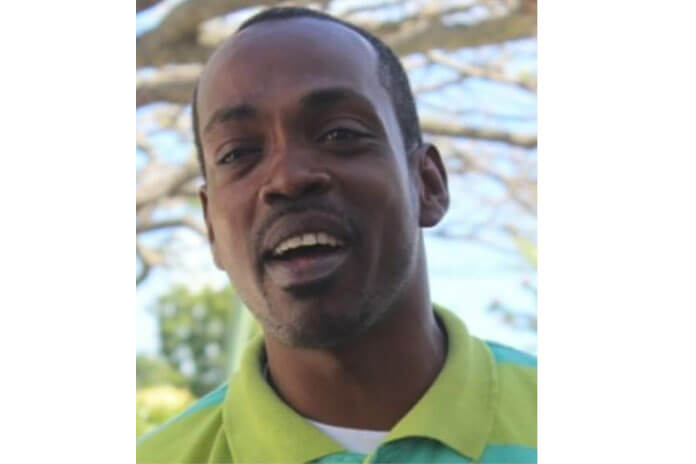 BELIZE CITY, Mon. Feb. 24, 2020– The sound of gunfire is nothing new to the residents of Wagner’s Lane, the short street that runs north to south between South Street and Berkley Street. Over the years, since the proliferation of gun violence, there have been several murders on “Jump Street,” as Wagner’s Lane has become known to street folks, but none of the murders have had such a devastating effect on the stretch of street as the murder of Shane Budram last Friday night, because Budram grew up on “Jump Street” and was respected and loved, despite his shortcomings.

On Friday night, sometime around 10:30 p.m., Shane Budram, 43, got into a heated argument with a younger male relative. The argument occurred at the mouth of Simmon’s Alley, at its junction with Wagner’s Lane.

Eyewitnesses who spoke to Amandala on condition of anonymity told us that Budram’s relative pulled out a handgun and began firing at him.

Budram was hit a couple of times, as he ran in a southerly direction toward his house, which lies closer to Berkeley Street. The shooter pursued him and continued firing.

Budram, who grew up on Wagner’s Lane, continued running toward his house, where his common-law wife and his daughter were already locked in for the night. Unable to make it inside, Budram collapsed at his doorstep. It was there that he died.

His body was transported to the Karl Heusner Memorial Hospital Morgue, where it will undergo a post-mortem examination.

Assistant Superintendent of the Police Department, Alejandro Cowo, confirmed to Amandala that Budram’s relative who allegedly shot him is in police custody, pending the outcome of their investigation.

Budram’s mother, Dorothy Ingrid Budram, told us that she has to decline our request for an interview because she understands that one of her relatives is involved in the murder of her son.

The grieving Mrs. Budram said she will leave everything in God’s hands and will not try to, or encourage others to, take revenge for the killing of her son.

The murder has been particularly devastating for Budram’s only daughter, who celebrated her 15th birthday today.

The young men who spoke to us said that they will do whatever it takes to assist Budram’s daughter to finish high school.

Shane Budram had a number of run-ins with the law and had been acquitted of attempted murder and ammunition possession.