Home Headline Shot in the back while making panades
Headline

Shot in the back while making panades 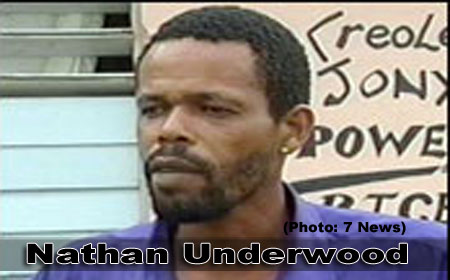 GARDENIA, Belize District, Mon. July 25, 2016–Nathan Underwood, 38, was gunned down as he was making panades in his kitchen at Nate’s Cool Spot located in Gardenia, at Mile 21 on the Philip Goldson Highway.

The businessman was alone in his kitchen at around 10:30 p.m. on Friday when a gunman emerged from behind the establishment.

Armed with a .9mm gun, the killer fired several shots into Underwood’s back through an open window.

According to police, patrons at Nate’s Cool Spot saw a man fleeing the area after the shooting.

Ladyville police said that they did in fact have information that may lead to the swift detention of the shooter. In reference to what they might know about the gunman, Assistant Superintendent Juanito Cocom said, “We have some leads we are working on, but we cannot divulge any information as yet; the investigation is very, very young.”

Although Underwood had opened his business just a few months ago, Inspector Cocom, when asked if his death may have been connected to any prior conflicts, said, “We are working on that angle.”

Underwood’s body was lifted from his kitchen and taken to the Karl Heusner Memorial Hospital (KHMH) where a post-mortem exam will be conducted soon. Ladyville police recovered eleven .9mm expended shells from the crime scene.

According to Ret’d Major Lloyd Jones, who had known Underwood, he does not know who would want Underwood dead because Underwood was “mature” and “always positive.”

Major Jones further shared that, “he was a chef and was glad to finally be able to open his own restaurant.”

He told Amandala that he did not recall whether Underwood had a wife and children, as he had never met them.

Underwood’s death is the first recorded death in the Eastern Division’s rural area since that of Lionel Rhamdas, which occurred in mid-May.

In March of 2011, Underwood’s cousin, Brandon Gibson, 22, was fatally shot as he rode his bicycle on Black Orchid Street in the Lake Independence area.