All bars, clubs and casinos countrywide are to be closed 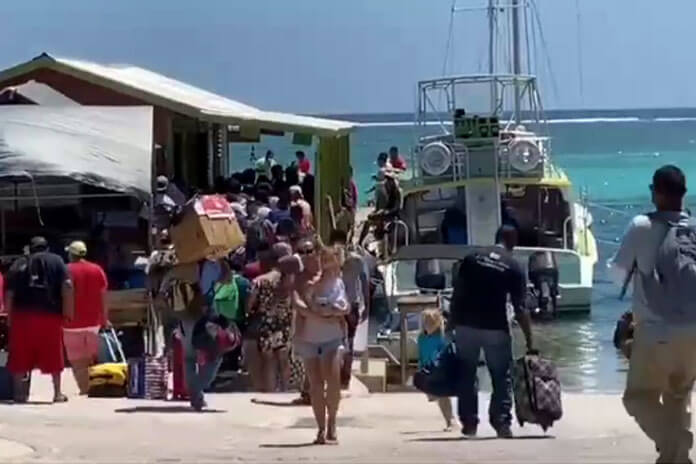 BELIZE CITY, Mon. Mar. 23, 2020– San Pedro, Ambergris Caye, became the first municipality in Belize to have a confirmed coronavirus case after results of a test were received by Ministry of Health officials late last night. The announcement was made this morning at a press briefing by Prime Minister Dean Barrow and the Director of Health Services, Dr. Marvin Manzanero.

Immediately following the announcement, people on San Pedro began boarding water taxis in a bid to leave the island.

Their rush to leave, however, was halted by measures that were announced by the government.

The Belize Port Authority issued a press release halting the movement of the water taxis from the island; air travel was also halted and shortly after that, the government said that a State of Emergency was declared for San Pedro.

The Governor General signed the necessary Statutory Instrument under the provision of the Belize Constitution, declaring a State of Emergency on Ambergris Caye for 72 hours.

The government press release announcing the State of Emergency stated that, “This will allow the Ministry of Health to conduct the proper mapping and tracing of contacts following the announcement of the first confirmed case of COVID-19, in San Pedro Town, Ambergris Caye.”

The release went on to say that, “Residents of San Pedro are being placed under mandatory quarantine.”

“Under the State of Emergency, no one will be allowed to leave or enter the island for 72 hours”, the government release said.

Residents of the island are encouraged to stay in their homes and to practice social distancing. The release also said that unauthorized vessels would not be allowed to leave or enter the island.

The release ended by saying that with immediate effect, all bars, clubs and casinos countrywide are to be closed, and restaurants will be closed for dining effective Wednesday at 11:59 p.m.

Only takeout service will be allowed, the release said.

Feature photo: The water taxi terminal in San Pedro was overcrowded with people trying to leave the island