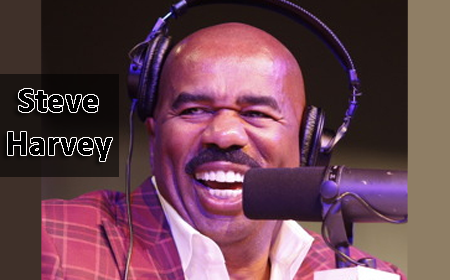 BELIZE CITY, Thurs. Feb. 25, 2016–Steve Harvey, the famous American actor and comedian who last year hosted the Miss Universe pageant in Las Vega, but who initially announced the wrong winner, has perhaps gained even more fans for the way he has handled his momentary gaffe.

Right after the pageant, the Belize Tourism Board (BTB) tweeted a public invitation to Harvey, suggesting that he should host the Costa Maya pageant, organized out of San Pedro, Ambergris Caye, Belize, this summer.

Recently, Harvey said on his morning show, aired live out of Cayman, that he is hosting the next Miss Universe pageant in Belize. The guest for the show was Monyque Brooks, Miss Cayman.

We checked with BTB director, Karen Bevans, last week after we listened to the clip from Harvey’s morning show, in which he repeatedly said that he would be hosting the international pageant in Belize.

Bevans, who is currently in the US, told us that she would check with the BTB’s marketing agent in the US, and will update us. This evening, Bevans told us that she is in Miami and she intends to meet with the agents tomorrow, Friday, to find out what feedback they have gotten from Steve Harvey’s agents.

In an online report dated February 15, 2016, The Cayman Reporter said that the Steve Harvey Show had been held live out of Cayman.

“He told Ms. Brooks he was looking forward to hosting the pageant in Belize and would see her there,” the report said.

In the Soundcloud recording of the show, which runs 7 minutes 23 seconds, Harvey mentions three times that Miss Universe will be held in Belize.

“I’m hosting the pageant next year and it’s going to be in Belize…” he said, 3 minutes and 30 seconds into the interview. At nearly 6 minutes, he was more specific that the pageant would be held in Belize this December.

“You will actually be, this year coming up, in December, in Belize, and I’ll be in Belize already,” Harvey said, explaining that he would be interacting with the delegates in the days leading up to the show.

“The Cayman Islands crew will be in Belize…” replied Brooks, who said that she had lost 70 pounds in 6 months to be pageant-ready.

After a very animated discussion with Brooks, Harvey ended the conversation telling Miss Cayman, again, that he will see her in Belize.

We shared a link to Harvey’s show via Amandala’s Facebook page, and while several Belizeans liked the idea, some were skeptical and supposed that Harvey was just kidding.

“We do not have a proper place to host this event nor the crowd that it brings,” said Gaspari Cordova.

“Surely Jimmy M [Guatemala’s new president] would invade, cause no other comedian can bluff like him,” commented Leonardo Solomon Tzib.

For her part, Bevans, who was excited to hear that Steve Harvey has been talking about coming to host the pageant in Belize, clarified that the BTB had been asking him to host the Costa Maya pageant, which is slated for the first week of August.

“Dear [Steve Harvey], we all make mistakes. You handled yours with class. Would you host our next [Costa Maya] pageant?” the BTB had tweeted on Monday evening, December 21. Steve Harvey liked the BTB’s tweet.

Despite his mistake last December, Miss Universe executives had said that they would have Harvey back on the show.