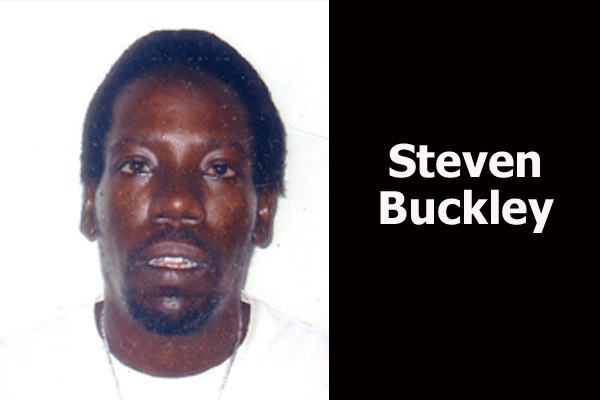 After being mistakenly shot in the head by police, Buckley cannot work

Steven Buckley, a former construction worker who had to be hospitalized after he was shot in the head by police, told Amandala today that police have not yet given him any compensation to help pay off a $6,561 bill he told us he has received for expenses incurred while he was hospitalized at the Karl Heusner Memorial Hospital (KHMH).

In fact, the “final notice” Buckley received this month from Credit Masters Systems says the bill is due tomorrow, Friday, July 19. It goes on to say that failure to pay will result in a public notice and court action.

Buckley said that he has gotten his second letter demanding payment.

Minister of National Security John Saldivar told journalists this morning when asked what police will do to help Mr. Buckley that he will look into the matter.

“The Commissioner [of Police] is currently out of the country, but as soon as he returns, I will have a sit-down with him and see how we can work out something amicable. I do believe that, if it was the case that he was mistakenly shot, that something needs to be done to work out a solution. I will sit with the Commissioner and work something out. I don’t believe that this needs to drag out much longer,” the Minister said.

The Minister was also probed on the matter of recent alleged killings by police. As recently as June 27, the Director of Public Prosecutions issued a stern statement in response to investigations into the deaths of Kevin Kelly, Ryan Lozano and Rasheed Elijio.

DPP Cheryl Lynn-Vidal said in her statement that, “At the moment—and for the past months—my Office has been grappling with three investigations in which we are of the view that the police have acted improperly, both during the incidents and during the investigations.”

Vidal went on to say that they have been trying to see how best they can resolve these matters, in the interest of justice, but it has been extremely difficult.

“Given the intolerance for this kind of police conduct, as recently expressed by the Commissioner, we will now be forwarding the three files directly to the Commissioner on Monday of next week, with details in relation to the work that we have done, and our view of what has been said by the police witnesses in the cases, so that he can use his Offices to further the investigations in light of his stance,” Vidal added.

Saldivar agreed: “Whatever the DPP has said is deficient in the files, the investigators will have to return to do that work.”

He asserted that police must do full and thorough investigations and justice must be served.

(Amandala thanks KREM Radio News for helping us with this report.)