Stop the ethnic cleansing of Palestine 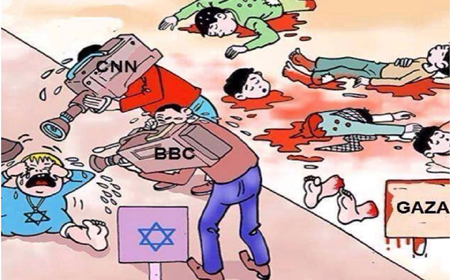 The editorial entitled Israel, Palestine; Guatemala, Belize (Amandala July 20, 2014) covered many important issues. It highlighted the fact that the subject has not been given the attention it needs but failed to point out that most of the information we, in Belize, receive about Palestine and Israel comes from the United States propaganda machine that takes its cue from Israel, which has been pumping out lies for so long that many people assume it is true.

As you read this, be assured that we are not anti-Semitic but we are anti-Zionists; Palestinians and Jews are both Semitic people. We are against Zionism because it is a racist ideology and is the only accepted apartheid system in the world, due to the US (which has become the United States of Israel).

Our support of the struggle of the Palestinian people is not new; we have had this position since the 1960s. In the early 1980s, we started the Maine Palestine Solidarity Committee. We spoke out and wrote articles to inform people about the truth as to what was happening in Palestine and Israel’s involvement in Guatemala and El Salvador and opposing the invasion of Lebanon.

Candy was in Egypt during the 6-Day War in 1967 when Israel claimed that President Nasser started the war and they, the Israelis, only attacked military targets. She saw, first hand, the sneak attack by the Israeli air force and the bombing of neighborhoods in Cairo. She can attest to the lies the Western press fed the world as we can attest to the lies being told now.

For instance, the country of Palestine was not an empty, barren land. The Zionists would have you believe that Palestine was a land without a people or a people without land. It was inhabited with a developed cultured society. The Jews and Muslims have not been fighting each other for thousands of years. In fact, Jews, Muslims, and Christians lived and worshipped in peace until the Zionists moved in with the goal of “jewifying” Palestine or, in other words, “ethnic cleansing”.

In 1937, Jews were 17% of the population. David Ben Gurion, the first Prime Minister of Israel, said, “The Arabs have to go.”

Ariel Sharon, who directed the invasion of Lebanon, stood by as the right wing Lebanese slaughtered women and children in the Palestinian refugee camps. International outcry forced Israel to remove him as head of the military yet later he became Prime Minister. When he became ill, he was replaced by Benjamin Netanyahu, who says that the bombing, death and destruction in Gaza will not stop until Hamas is destroyed, but what he really means is that it will not stop until all Palestinians are dead or gone.

Whenever Israeli atrocities are criticized, they try to excuse themselves as victims of the Holocaust. How many people realize that 13 million died in the Nazi concentration camps? But we are only told about the 6 million Jews. The rest were Gypsies, union organizers, political activists and others that Hitler didn’t like, but their deaths don’t seem to matter.

The strongest support in Belize for Israel comes from the U.S. Evangelicals, who call themselves “Christian Zionists”. Zionism is based on a vindictive, racist ideology; those victimized in Nazi Germany are now the victimizers in Israel. They have assumed the position, the vocabulary and the actions of the Nazis. Instead of hearing, “The only good Jew is a dead Jew,” we now hear “The only good Arab is a dead Arab”.

This is too short a space to write everything we want to say. So we offer to be available to anyone who wants to hear what we have to say or who wants to challenge us. We would be happy to debate, discuss, speak on radio, television, at groups. You can reach us at <[email protected]>.