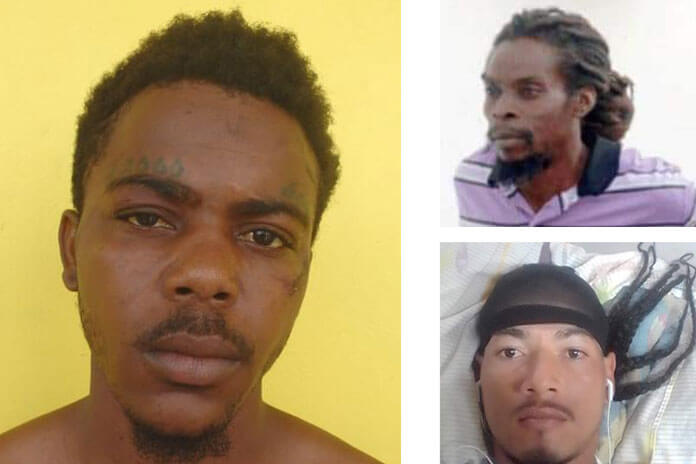 COROZAL TOWN, Fri. Feb. 21, 2020– A suspect wanted in two murders has been captured. Kenroy Gamboa, 20, an unemployed Dangriga resident, was captured after the armed robbery of 128 Store in Orange Town at about 7:30 on Wednesday night.

When he was captured, police said, he was found with a homemade shotgun, three shotgun cartridges, phone cards, money and cell phones believed to have been stolen from the store. He has been charged initially with keeping unlicensed ammunition.

Commissioner of Police Chester Williams announced today that Gamboa will be charged by Orange Walk police with keeping a prohibited firearm, handling stolen goods, aggravated robbery, and discharging a firearm in public.

The Commissioner also announced that Hattieville police are also looking at Kenroy Gamboa as a suspect in the murder of Kenroy Danderson, 43, of Hattieville, which occurred at about 11:30 on the morning of February 15, under the bus stop not far from the Hattieville Police Station.

Police said that Danderson was sitting under the bus stop waiting for a bus when a man came up, shot him and escaped. Danderson was struck in his head and chest, and died almost immediately.

Compol Williams also said that Corozal police are looking at Gamboa as a suspect in the death of Angel Cahueque, 26, of Halls Layout, Corozal Town. Police said that at about 8:30 on the night of February 18, Cahueque was in his room in his family’s house in Corozal Town when a man came up to the house and called out for him.

When Cahueque came out of the house into the yard to see who it was, a gunman who was lurking in the shadows of the house shot him several times at close range, then escaped.

Police said that at about 7:30 Wednesday night, two thieves held up the owner of 128 Store, located on the Belize Corozal Road in Orange Walk Town, and stole an undisclosed amount of money, phone cards and cell phones, then escaped.

As they ran out of the store, one of the thieves, who was armed with a sawed-off shotgun, fired a blast into the store, alerting police who were on patrol in the area.

Senior Superintendent Hilberto Romero said that police went to the store to see what was happening, and that was when they saw the culprits running out of the store.

Police chased and caught one of the thieves, who had on him the money, phone cards and 2 cell phones, all believed to have been stolen from 128 Store. The thief was immediately taken to the police station, where he was identified as Kenroy Gamboa, of Dangriga, and was booked. Police are still searching for his accomplice in the robbery.

The owner of the store, who suffered injuries during the robbery, told police that while he was at the store, two men entered, one of whom was armed with a sawed-off shotgun and the other with a knife.

The man with the shotgun pointed the gun at him and demanded money at gunpoint.

When the armed bandit fired the shotgun blast, the wall was hit, the pellets scattered and the store owner was struck. He was taken to the Northern Regional Hospital, where he was admitted in a stable condition.

Police are looking at footage recorded by security cameras mounted in the area in an effort to identify the second bandit.