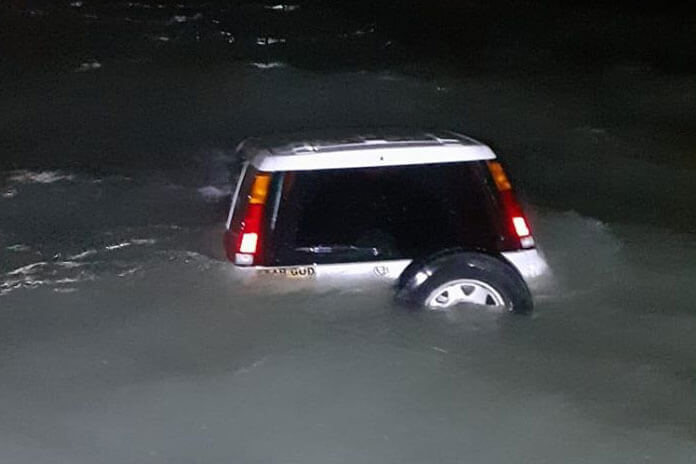 BELIZE CITY, Thurs. Feb. 20, 2020– At about 9:30 last night, an SUV plunged into the sea in an area near the Deep Water Port, on Caesar Ridge Road. Luckily, the driver of the vehicle was not killed, but the circumstances that led to the vehicle falling into the sea are not yet known.

Residents in the area said that the driver, Ulric Nelson Young, a taxi driver of Belize City, was recovered from the vehicle and an ambulance took him to the Karl Heusner Memorial Hospital in a stable condition.

At the regular police brief held this morning at the Raccoon Street Police Station, ASP Alejandro Cowo said that they have received no report of the incident.

The men who went into the water and took Young out of the vehicle are to be commended for their heroic actions. They gave him cardio-pulmonary-resuscitation (CPR) and called an ambulance, thus saving his life.