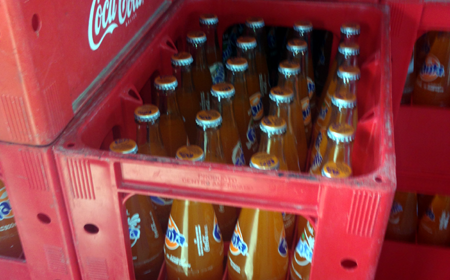 BELIZE CITY, Mon. Apr. 3, 2017–Prices for soft drinks and alcoholic beverages at the leading manufacturer in Belize were up at the start of the business week, with the implementation of an array of tax measures being implemented by the Barrow administration, which plans to raise an additional $80 million in recurrent revenue, to help prop up the national budget, which now takes effect.

The new budget, passed by the House of Representatives on Friday, March 24, and by the Senate on Monday, March 27, calls for a billion dollars in tax revenue, while spending would hover around BZ$1.4 billion, including the payment of expenses for the nationalization of Belize Telemedia Limited (BTL).

Much of the tax hike will be in the form of sin taxes, which will drive up prices for liquor, beer and cigarettes in the free zones, but another sizeable sum is now being added to the price of plane tickets of foreigners traveling to Belize. Fuel prices also went up this weekend due to a tax hike, and light bills for this month will now include a 12.5% General Sales Tax levy for persons whose bills are higher than a $100 a month who used to enjoy an exemption when the threshold was $200. 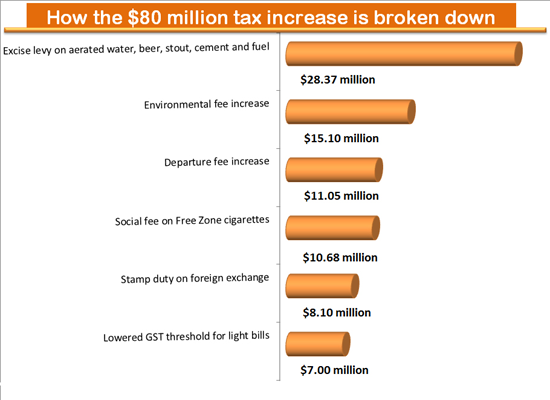 Last week, the amendment to institute the hike in departure fees was fervently opposed by the unions, business community, the churches and the NGO community, and specifically by the Belize Tourism Industry Association (BTIA).

There has also been some pushback on the implementation of another measure to raise $14 million more in revenues from select statutory bodies which are being asked to contribute 10% of their revenue to the Government. Waight said that the funds should be paid on a quarterly basis.

As for requests for exclusion from at least two statutory bodies listed among select bodies that would be required to pay the contribution to the Government, Waight said, “They have to submit their case and we’ll look at it.”

Last year, the Government had asked teachers and public officers, due a third tier of salary adjustment, to defer the payment. The payment has been included in this year’s budget. Waight said that the payments of roughly $15 million (representing a 3% increase) are being processed for this month, and should be reflected in salaries paid at the 15th and end of the month. The payment is not “back-pay” for payments originally due last year. Instead, the Government had agreed to pay the increase with 5% interest on the 3%, and the unions have accepted.