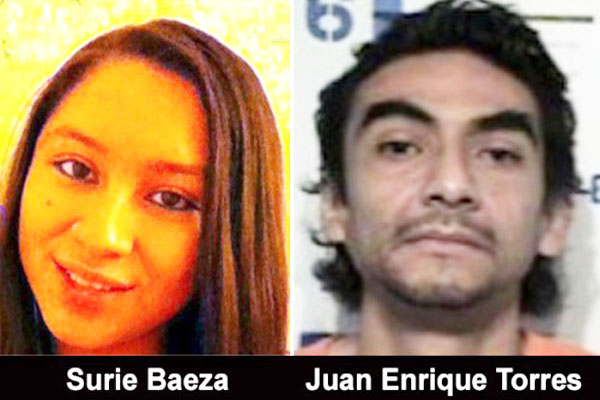 U.S. press reports published today, Friday, say that Juan Enrique Torres—a Belizean migrant to the US accused last October of the vicious stabbing of his ex-step-daughter, Surie Baeza, 15, also of Belize—has pleaded guilty to murder and has accepted a life sentence with the possibility of parole in a plea bargain which he accepted Thursday afternoon.

The mitigation was offered because Torres waived his right to a trial, which could have meant a capital murder indictment and a sentence of life without parole.

Baeza’s killing was said to be the first in the quiet town of Rockwall, Texas, over a span of 8 years.

Dallas Morning News said that Rockwall County District Judge Brett Hall has indicated Torres, 41, had entered the US illegally and faces deportation back to Belize after serving an estimated 30 years behind bars. However, parole in 2043 is not guaranteed.

“The possibility of being granted parole in 30 years is why Mr. Torres has decided to waive his right to a trial,” defense attorney Tom Massar was quoted as saying in the Rockwall Herald.

Multiple international news reports, including reports carried on CBS and NBC, recount the tragedy described in Torres’ written confession, which he reportedly made to police two days after the incident.

Torres, the father of Baeza’s younger brother, is said to have confessed to stabbing the Orange Walk girl following an argument over money and a possible transaction with a pawnshop.