The House meets for the final time in 2019 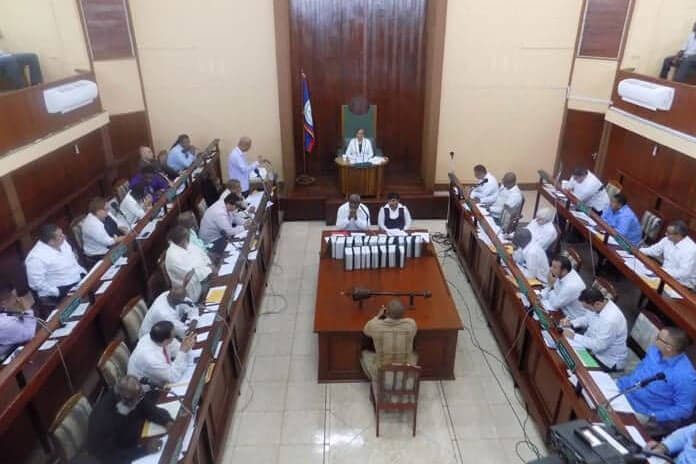 BELIZE CITY, Thurs. Dec. 19, 2019– The National Assembly will host its final meetings for 2019 at a special sitting of the House of Representatives on Friday, December 20, and a special meeting of the Senate on Monday, December 23. The upcoming meetings will introduce and reintroduce a series of bills such as:

(i)Deposit Insurance Bill 2019, which will discuss a deposit insurance fund for the protection of insured deposits against the risk of loss within an insured limit.

(iv)Chief of Defense Staff Bill, which is an Act to provide for the appointment of a person to be the Chief of Defense, who will be responsible for coordinating activities between the Armed Forces and the Ministry of National Security.

Another bill that will be reviewed is a bill that was previously discussed at the meeting held on December 4, known as the Excise (Management and Tariff) Bill, which is an Act to make provisions for the control of the manufacture of the excisable goods and the collection of excise duties.