Home Highlights The Mennonites have what most of our tribes want. But do they...
Highlights

The Mennonites have what most of our tribes want. But do they have too much? 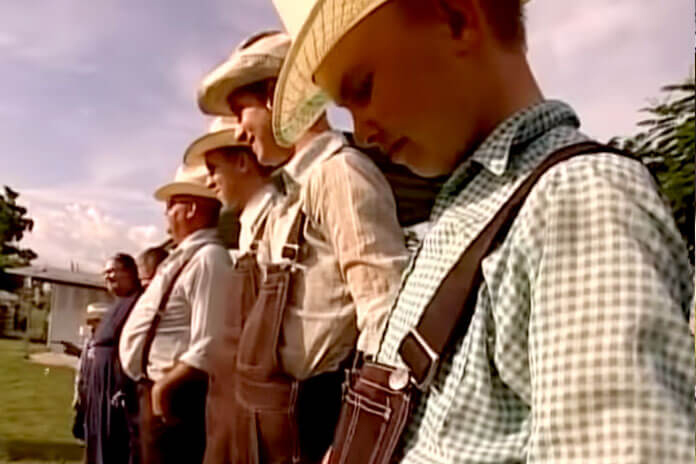 There is no place in Belize that is exclusively Garinagu, no land where that tribe’s traditions and race are insulated from the rest of Belize. There are Garifuna villages, and relatively large pockets of the tribe in Punta Gorda, Dangriga and Belize City, but nowhere do they live completely insulated from Belizeans who belong to distinctly different tribes. If the Garinagu will keep their language, their traditions, and their race, yes, they might want to find such a place.

The Maya of the North and West are very much Mestizo-ized, but the Maya who live in the villages found particularly in Toledo West are pretty much insulated from the influence of the other tribes of Belize. The “threat” to their traditions and their “racial purity”, yes, comes from their children who are being educated in government schools where they intermingle with the children of all the other tribes of Belize. Also, the tablets and the televisions are coming too, and we Kriol know how rapidly those devices made the foreign media penetrate and start dominating our lives.

The Mayas of Toledo have won ancestral rights to not yet fully determined lands in the Toledo District, and such rights will go far in ensuring the economic survival of the Maya tribes in the area, but it is to be seen how the traditions and the “racial purity”, yes, will be preserved.

The Mennonites allow no such assaults on their way of life. The 1957 agreement with the colonial government gave them the right to block out all our other tribes, and they have. The original agreement was for three groups — the Altkolonier, the Sommerfelder, and the Kleine Gemeinde — to establish communities, one in Spanish Lookout.

Today there are about ten Mennonite communities in Belize; most of them are traditional but two of them, Spanish Lookout and Blue Creek, are very modern.

All the Mennonite communities are insulated from the rest of Belizeans, particularly the non-white tribes here. If we look away from the racial aspect of the insulated tribe, we could compare the reality to that of a religious family that has a church yard, an area they want free of people who don’t share their faith, or a family that has a farm with a sign that says “no trespassing” and “keep out if you’re not invited.”

Most of the internal problems in Spanish Lookout (the Mennonite capital) occur when individuals marry outside of the tribe. When this happens, the leaders say the individual has chosen a different life, and the best thing for that member is to become a “former member” and leave the community.

“Legislating” that your children marry children of a certain skin color, as the Mennonites have effectively done with the way they treat their own who marry outside of their tribe, seems to cross a line. Some of the Mennonites who have married outside of the tribe wonder how the community can do so much business with other tribes, but lock them out when they marry a member of the community.

Belize would be poorer if all the Garinagu married out to other tribes, and all the Maya did likewise, and the Mennonite leaders told all their young people that they must find a spouse outside of the community, for along with “racial purity” will be lost beautiful, fascinating cultures that make the Belizean fabric richer and brighter. There is no need to fear. Intermarriage won’t happen if elders continue preaching to their young about their preferences. However, when a few of the young fall in love with the young of other tribes, they should not be turned away from the land where they were born and grew up.

At its core there is nothing wrong (I don’t think so) with the colonial agreement that allows the Mennonite group to maintain their way of life, but maybe the leaders should be careful to not go overboard, to not get too strict in insulating their young based on racial reasons. The 1957 agreement, signed by Governor Sir Colin Thornley of British Honduras (Belize) and the Reinland Mennonite Church, follows:

(a) the right to run their own Churches and schools, with their own teachers, in their own language, according to their own religion; (b) exemption from making the customary immigration de-posits; (c) protection of life and property in Peace and War; (d) entire exemption from any military service; (e) the privilege of affirming with the simple “yes” or “no” instead of making oaths in or out of the Courts; (f) freedom of movement, according to law, to enter or leave the country with their money and property; (g) the right to administer and invest the estates of their people, especially those of widows and orphans in their own “Trust System,” called the “Waisenamt,” according to their own rules and regulations; (h) the right to bring into British Honduras the old, infirm and invalid members of the Mennonite community provided that the individuals do not become a charge on the Government of British Honduras; (i)exemption from any social security or compulsory system of insurance.

The Mennonites will—(a) pay all costs and expenses incurred in establishing their settlement; (b) bring into British Honduras capital investment in cash and kind amounting to five hundred thousand dollars British Honduras currency; (c) produce food not only for themselves but for local consumption and for the export market; (d) conduct themselves as good citizens, and subject to this agreement, observe and obey the laws of British Honduras; (e) pay all normal duties, taxes, fees and charges by law established, such as customs duty, land tax, estate duty, property tax and income tax.

Next time we will look more closely at the agreement and the privileges/rules that govern the Spanish Lookout community.