Home Features The State of Emergency is illegal
Features 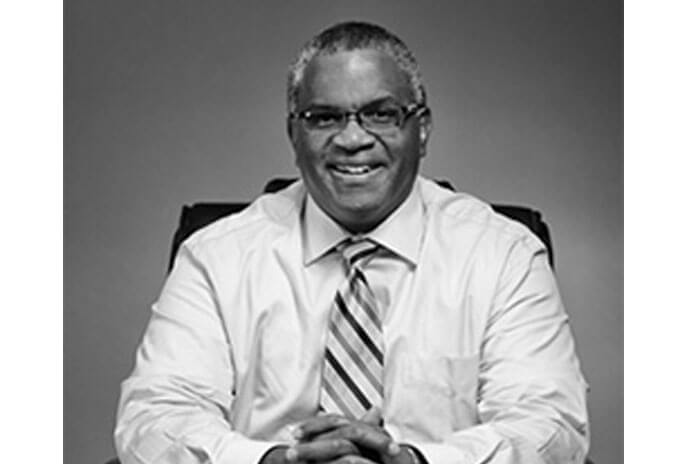 The first positive case of the dreaded COVID-19 virus was identified in Belize on the 23rd March 2020, the second on the 25th March 2020. As a result of the first case, the Governor General declared a state of public emergency for Ambergris Caye only. Regulations were issued by the Governor General that restricted freedoms of persons in Ambergris Caye. At the same time, the Director of Health Services issued Regulations under the Quarantine Act limiting gatherings to ten persons or less, imposing social distancing of three feet, closing certain businesses such as casinos, bars, gyms, spas and restaurants, requiring work from home where possible and imposing other restrictions. The San Pedro State of Emergency was to last for a period of 72 hours, but was extended on the 25th March 2020 for a period of one month. The Quarantine Regulations were to last until revoked.

The virus continued to spread exponentially around the world, and on the 1st April 2020, the Governor General, acting on the advice of the Cabinet, declared a state of emergency throughout the country of Belize. The Proclamation signed by His Excellency stated that “I am satisfied that a public emergency has arisen in the entire country of Belize as a result of the outbreak of the infectious disease known as COVID- 19”. The period of emergency was stated to last for one month. During the period of public emergency, severe restrictions were imposed on all persons in Belize as restrictive as those in the Quarantine Regulations (which were suspended) and the borders were effectively closed to persons wishing to leave or enter Belize.

There can be a debate as to whether on 1st April 2020 there was a sufficient threat from COVID-19 to justify a nationwide state of emergency. On balance, I supported the nationwide public emergency, especially as medical experts were advising that the risk was real and that the virus was highly contagious. In fact, I was of the opinion, based on advice from medical experts, that our borders should have been closed from the 25th March immediately after the first case was imported, to mitigate and suppress the spread from imported cases.

Belize experienced its first community-spread cases around the 8th of April, 2020, and we eventually identified a total of 18 cases of the virus. The last known case was identified on 13th April, 2020. There have been no new cases, whether imported or community-spread, for some fifty days. The borders have been closed since 1st April 2020. In late April the National Assembly extended the State of Emergency for two months.

The impacts of the Emergency Regulations, first issued on 1st April, have been devastating. Life has not been normal since the shutdowns more than two months ago, and the economy has been dealt a severe blow. There has been massive unemployment and business closures, government revenues are a trickle, and we face a foreign exchange crisis. As a result of forced stay-at-home orders and the curfew, social activity has been severely restricted, with attendant problems.

Powerful arguments have been made contending that the continued restrictions on economic activity have become counter-productive. There is much merit in these arguments, which may be compelling enough to justify an end to the state of emergency. But, in addition, it is my settled opinion that as a matter of law, the state of emergency can no longer be justified.

It is important to appreciate that the power to declare a state of emergency is to be used sparingly and in very exceptional circumstances. It is only where the objective facts reveal a grave and present danger to life and/or property which cannot be managed by using measures contained in ordinary legislation that the extraordinary power can be lawfully exercised. Once the threat has subsided, the Government is under a duty to immediately end the state of emergency.

Section 18 of the Constitution empowers the Government to have the Governor General proclaim a period of public emergency only where:

“(a) a state of war between Belize and another State is imminent or that a public emergency has arisen as a result of the occurrence of any earthquake, hurricane, flood, fire, outbreak of pestilence, outbreak of infectious disease, or other similar calamity; or
“(b) that action has been taken or is immediately threatened by any person or body of persons of such a nature and on so extensive a scale as to be likely to endanger the public safety or to deprive the community, or any substantial portion of the community, of supplies or services essential to life.”

In response to COVID-19, the Governor General was advised by the Government that “a public emergency has arisen as a result of the … outbreak of infectious disease”, and being so satisfied he issued the Proclamation. The question is what is the emergency that exists now, mid-June 2020, that justifies the continuation of the restrictions imposed on the population by the Emergency Regulations? In my opinion, there is none.

Once the state of emergency was declared, serious restrictions were imposed on our rights to personal liberty, to associate and to move freely, and our right to work. The decision to impose these restrictions was based on medical advice to the effect that to protect health and life of the general population from COVID-19, it was absolutely necessary to impose measures to reduce the spread of the virus, which measures curtailed fundamental rights and freedoms. Such restrictions can only lawfully be imposed and maintained if there is a real emergency as a result of the outbreak of infectious disease.

The Constitution solemnly proclaims that the “Nation of Belize shall be founded upon principles which acknowledge the supremacy of God, faith in human rights and fundamental freedoms, the position of the family in a society of free men and free institutions, the dignity of the human person and the equal and inalienable rights with which all members of the human family are endowed by their Creator”. It continues: “The people of Belize recognise that men and institutions remain free only when freedom is founded upon respect for moral and spiritual values and upon the rule of law”.

The Constitution is designed to ensure that we enjoy our fundamental rights and freedoms, and that they can only be restricted to protect the public interest. It seems to me that the Emergency Regulations have succeeded in serving the public interest – Belize has been effectively COVID-free for some fifty days. There is now no serious threat to our collective health by the community spread of COVID-19. The borders are closed, so there is no threat of imported cases. The incubation period, by any measure, has passed without new cases being identified. The possibility of asymptomatic cases lurking within our midst is not an emergency that justifies the severe restrictions of our fundamental freedoms.

I recognise the inevitability of the so-called second wave. If that threat emerges, the Public Health Act and the Quarantine Act provide the tools to address the possible threat.

By section 77, where dangerous, infectious diseases prevail in Belize, or any town, place or district, the Director may designate such places. In order to prevent and mitigate the spread of the dangerous, infectious disease, section 78 provides for “inland quarantine”. Essentially, sections 78 and 82 empower the Minister to provide for quarantines where there is movement of people and goods from designated areas to non-designated areas.

Section 83 is wide and empowers the DHS to make regulations, to be approved by the Minister, which are designed to guard against the spread of infectious diseases. The regulations can reasonably restrict the freedom of movement within Belize and to and from Belize, can also curtail freedom of assembly and association, and restrict the right to work. The Constitution provides for derogations from these rights in the interest of public health and public safety.

With a few amendments, and appropriate regulations, the Public Health Act can be modernised to prevent and mitigate the spread of the new Coronavirus. This would obviate the need for continuing the state of emergency. As mentioned earlier, in March the Director of Health Services issued Quarantine Regulations to address the risk arising from the presence of COVID-19 positive persons in San Pedro. He can use the same tools to address a possible second wave throughout Belize without a declaration of a state of emergency or a curfew.

Until there is a second wave, we should be allowed to enjoy our freedoms guaranteed by the Constitution with only such limitations as are needed to protect the public interest. The curfew must go. We should continue to practice good hygiene and report to medical personnel when we suspect that we are showing symptoms. Additional restrictions in a COVID-19 free country are oppressive and undemocratic. In my opinion, the state of emergency is unlawful and should be lifted without delay.