Home Features The Thing to Do
Features

The Thing to Do 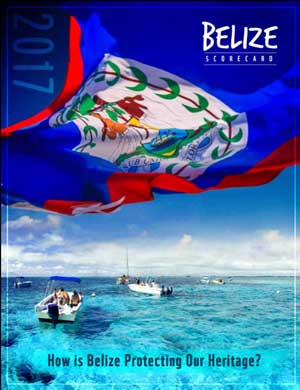 “The thing to do, really, is to totally exterminate the population’, and then he said, “AND I’VE STARTED THAT’.” (Dr. Cornelius Rhoads, MD, Harvard)(https://www.youtube.com/watch?v=Rv1UGYvLg0s)

1. The above is a quote in a letter by a Harvard MD, Cornelius Rhoads, to a colleague in Boston, referring to the Puerto Rican natives. Listen to Minute 17:09 to 17:18 of the YouTube video, according to author, Daniel Immerwahr.

3. I recently confided in a Belizean sister, and gave her inside documents of how I survived what could have killed 10 men, and how I was slated for destruction by an institutional lynch mob — because of the abilities that they said I was not supposed to have!  And that I “was not supposed to be smart!” (to use the Supremacists’s own words). (This not a boast. I’m just telling you like it is: These haters can’t begin to walk in my shoes. The only legacy they left is their legacy of hate. They caused some damage, but they lost! I did not just survive, but thrived.)

4. Why did I mention the above?  And why in a Belizean post?

5. If you listen to the introductory quote, and the references mentioned in statements 1 and 2, you will realize … Then additionally consider histories like the Tuskegee Experiment, and the Guatemalan Syphilis experiment … and more.  This shows you that this is not just about Puerto Rico.

6. I’m battle-tested and battle-hardened. I have been in the belly of the beast, survived, and thrived … while still “living in the presence of mine enemies”. Give nuff THANKS!

8. Take it or leave it. We call our nation “The Jewel”. The same mentality says that BELIZEANS don’t deserve this Jewel! … And it would be PARADISE without the natives!

9. Worse still, Belizeans are so naive. BELIZE IS PERHAPS ONE OF THE EASIEST NATIONS TO “ELIMINATE.” We are not ‘battle-tested”. So much of our country and its economy and resources have already been conquered, even without a fight — aided and abetted by us! We are also doing a “very good job” (in the minds of those who wish to see us disappear as a nation) killing and maiming each other, literally and figuratively.

10. I’m not asking for a debate. In fact, I won’t be paying any attention to this post. I’ve said my piece. BUT KNOWING WHAT I KNOW, and experiencing firsthand the nature of the beast, I honestly fear for the future of my country.

This is not based on fear, or conspiracy theories, but this came direct “from the horse’s mouth”.

It is 12:42 AM here in Boston, MA.  (I should have been focused otherwise at this hour. I don’t write these words lightly, nor do I write because I had nothing else to do).

I know traps when I see them, especially traps designed by the inventors and promoters of the game. If I take some of our Belizean leaders out of their small pond, and bring them into the shark-infested ocean where I had to navigate, chances are they would not survive. I say this, not out of disrespect, but BELIZE IS PLAYING A GAME DESIGNED BY SUPREMACISTS. And we seem to be walking right into their trap, like sheep.

I had to navigate these shark-infested waters, designed by the supremacists. I still live in the same shark-infested environment. I had to learn, and survive … How? By becoming a giraffe. I had to feed where the crocodiles can’t reach. (Plus the Harvard system can’t get the meals I prepare anywhere else. Not from Harvard, not from MIT — from nowhere else! Not boasting. I’m just telling you like it is).

So my real education is “the school of hard knocks.” My work is now hailed by “the pope and princes at Harvard”, but 13 years ago, I was a man slated for destruction (while Harvard watched me burn).

Boston runs America. The people who run New York and DC mostly went to school here in “New England”. Here in Boston and New England, they fraternize, they socialize, and they organize. They write and research the agendas fought and played out in America and across the globe … such as the agenda expressed in this interview, from the horse’s mouth (AGAIN, listen from Minute 15:43 to 22:40.) NOTE WELL.

Do you think that this opening quote from this Harvard M.D. was from a lone wolf? Or just an isolated or passing event? THIS MINDSET HAS NOT GONE AWAY. IT IS ALIVE AND WELL. Please note …THIS DOCTOR (whose words are in my opening quotes) was never punished or expelled. What happened was the exact opposite: Dr. Cornelius Rhoads WAS CELEBRATED and REWARDED by “The System”!

Belizeans, mi noh di quarril wid unnu. ME NO DI TALK PALLITICKS. I am talking REALITY. I noh just come from rivva battam, I walked, and still walk the corridors designed by people who play a devious game … a game hatched by the “devil colloquian”! (Ask the elders what this term means).

Belize, I wish you well. I shared with you my reality, and what I learned. The rest is totally up to you.