Home Sports THE WRECK OF THE HESPERUS
Sports

Dedicated by this newspaper to the late Conrad Vincent Smith, cycling legend. 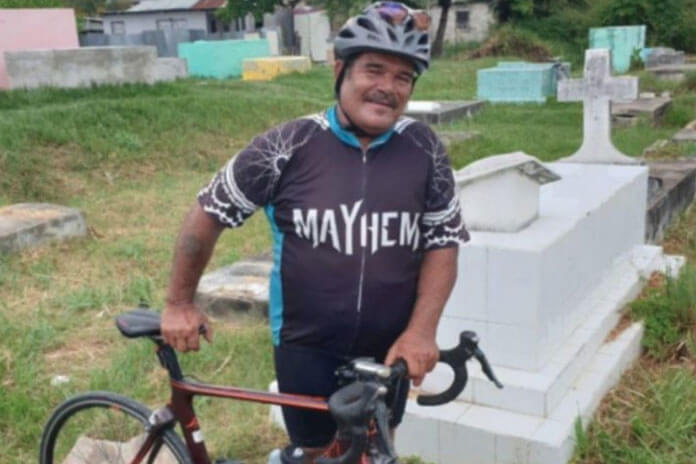 It was the schooner Hesperus,
That sailed the wintry sea;
And the skipper had taken his little daughter,
To bear him company.
Blue were her cheeks as the fairy-flax,
Her cheeks like the dawn of day,
And her bosom white as the hawthorn buds,
That ope in the month of May.
The skipper he stood beside the helm,
His pipe was in his mouth,
And he watched how the veering flaw did blow
The smoke now West, now South.
Then up spoke an old Sailor,
Had sailed to the Spanish Main,
“I pray thee, put into yonder port
For I fear a hurricane.
“Last night, the moon had a golden ring,
And tonight no moon we see!”
The skipper, he blew a whiff from his pipe,
And a scornful laugh laughed he.
Colder and colder flew the wind,
A gale from the Northeast,
The snow fell hissing in the brine,
And the billows frothed like yeast.
Down came the storm, and smote amain
The vessel in its strength;
She shuddered and paused, like a frighted steed,
Then leaped her cable’s length.
“Come hither! come hither! my little daughter,
And do not tremble so;
For I can weather the roughest gale
That ever wind did blow.”
He wrapped her warm in his seaman’s coast
Against the stinging blast;
He cut a rope from a broken spar,
And bound her to the mast.
“O father! I hear the church-bells ring,
Oh say, what may it be?”
“’Tis a fog-bell on a rock-bound coast”
And he steered for the open sea.
“O father! I hear the sound of guns,
Oh say, what may it be?”
But the father answered never a word,
A frozen corpse was he.
Lashed to the helm, all stiff and stark,
With his face turned to the skies,
The lantern gleamed through the gleaming snow
On his fixed and glassy eyes.
Then the maiden clasped her hands and prayed
That saved she might be;
And she thought of Christ, who stilled the wave,
On the Lake of Galilee.
And fast through the midnight dark and drear,
Through the whistling sleet and snow,
Like a sheeted ghost, the vessel swept
Tow’rds the reef of Norman’s Woe.
And ever the fitful gusts beween
A sound came from the land;
It was the sound of the trampling surf
On the rocks and the hard sea-sand.
The breakers were right beneath her bows,
She drifted a dreary wreck,
And a whooping billow swept the crew
Like icicles from her deck.
She struck where the white and fleecy waves
Looked soft as carded wood.
But the cruel rocks, they gored her side
Like the horns of an angry bull.
Her rattling shrounds, all sheathed in ice,
With the masts went by the board;
Like a vessel of glass, she stove and sank,
Ho! ho! the breakers roared!
At daybreak, on the bleak sea-beach,
A fisherman stood aghast,
To see the form of a maiden fair,
Lashed close to a drifting mast.
The salt sea was frozen on her breast,
The salt tears in her eyes;
And he saw her hair, like the brown seaweed,
On the billows fall and rise.
Such was the wreck of the Hesperus,
In the midnight and the snow!
Christ save us all from a death like this,
On the reef of Norman’s Woe!

BELMOPAN, Thurs. Feb. 18, 2021-- The Football Federation of Belize (FFB) is pleased to call the following National “A” Team players to camp on...
Read more
Sports

BELIZE CITY, Mon. Feb. 18, 2021-- Sports/tennis fans world over were treated to an epic television spectacle last night in the semifinals of the...
Read more
- Advertisment -