Home International TO OBSERVE and PROTECT: Community Alert Patrol and the Fight Against Police...
International 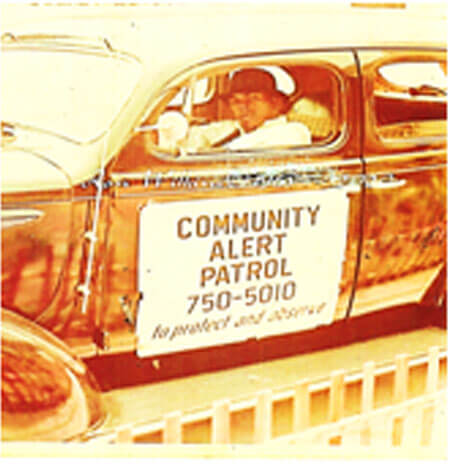 My name is Ron Wilkins and I headed the civilian police monitoring group in Los Angeles known as the Community Alert Patrol (CAP) founded in June 1966. CAP volunteers constituted the first community organization in the U.S. whose members put their lives on the line to Police-the-Police in an effort to end law enforcement’s campaign of terror against Black people.

CAP’s efforts did not go unnoticed by local police or fellow movement activists across the country. Most notably, the Black Panther Party for Self-Defense, founded in Oakland in October 1966, came to model their policing initiatives after CAP. Wherever police were seen interacting with our people, we emerged from our vehicles with camera in hand to prevent foul play. Unfortunately, the problem of police terror has only worsened throughout the U.S. in the 54 years since CAP’s existence, with the murders of thousands of our brothers and sisters.

It is important to understand that racism is a public health crisis and that police are a racist criminal gang that routinely commits murder and operates above the law.

“Slave Patrols”, “Plantation Police” and the like which clearly constitute some of the earliest approaches to policing in this country.

Unfortunately, Black people have been and will continue to be the primary targets of police gangs nationwide because many of the most reviled aspects of police culture originated in South Carolina in 1704 in the form of “Slave Patrols”, “Plantation Police” and the like! Slave Patrols terrorized Black people for 150+ years until the end of the Civil War with Virginia establishing Slave Patrols in 1726 and North Carolina and Georgia establishing them in the 1750s. With the end of the Civil War in 1865, the Ku Klux Klan’s methods mirrored the activities of the Slave Patrols, just as police department recruits were hired to enforce “Jim Crow”! Oftentimes Klansmen and police carried out lynchings together, and many policemen were Klan sympathizers if not Klan members themselves.

It is important to understand the roots of racism in policing and the roots of official terror as the core of policing culture! Historically, bands of armed white men organized Slave Patrols to track down, recapture, severely punish and/or kill runaway slaves. In areas where Slave Patrols operated, all white men, whether slaveowners or not, had a duty to serve as members of Slave Patrols. A gradual morphing of many Slave Patrols into police forces occurred throughout the South in particular, just as the anti-Mexican Texas Rangers evolved from racist bands of white men who received bounties for capturing enslaved runaways. Slave Patrol routines included enforcing curfews, checking travelers for passes, catching those assembling without permission, and preventing organized resistance, just as modern-day police do. In due course, police came into play as union-busters suppressing organizing efforts and strikes engaged in by laborers seeking adequate wages and working conditions.

The U.S. government exercises power through the power of its police and military forces, which makes it a “Police State”. Mass incarceration, prison labor amounting to slave labor,

holding political prisoners, maintaining secret prisons and torturing detainees, militarizing police, police in schools, massive surveillance, union-busting, ongoing “regime change”, and even the weaponization of space are characteristics of the Police-State and interlocking component parts of the New World Order!

Currently, Black Lives Matter activists and their allies are demanding that local, state, and federal officials implement legislation to defund police and redirect resources into social services and social welfare programs. This initiative intends to address the overall health of our communities that ensures our public safety in ways that police cannot. Defunding the police is a transitional step to a much larger transformational demand to abolish police altogether.

Yet as we work to defund and eventually abolish the police, we must consider the need to

monitor their actions in the interim. In this regard, Community Alert Patrols are needed in our communities now more than ever before. CAP’s are needed to monitor the concessions made by municipalities and law enforcement in the wake of the massive protests following the lynching of George Floyd. These concessions include measures such as ending chokeholds, eliminating racial profiling, requiring body-cameras, and more. Police will need to be monitored around the clock by civilian oversight groups to ensure that they are conforming to the new policies.

We have a responsibility to both our great African ancestors and future generations to develop Community Alert Patrols (CAP) in communities throughout the United States. CAP’s re-emergence, proliferation, and success is necessary if Black people are to survive and be respected as human beings in this country.