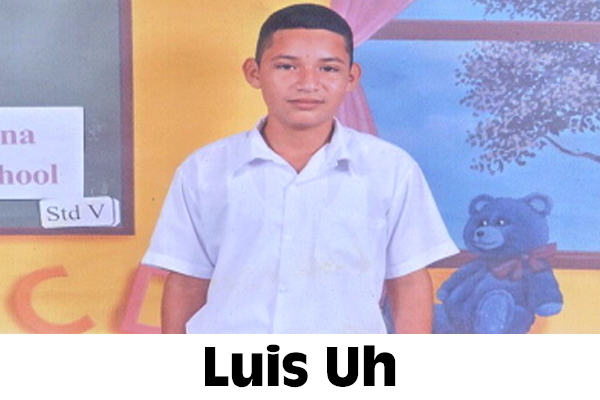 The Uh family of Chan Pine Ridge Village in Orange Walk is mourning the death of their son, Luis Uh, 13, who drowned in a large pond frequented by swimmers. The pond, which is a dugout left after white marl was extracted from the ground, is located about 2 miles outside of Chan Pine Ridge.

The body of the boy was found about 5:00 Sunday evening by some soldiers of the Belize Defence Force stationed in Orange Walk Town, and residents of the area.

Luis was declared dead on the scene after he was retrieved from the bottom of the pool, which has a depth of about 20 feet.

Police said that there were no signs of violence on the body, and no foul play is suspected.

When police went to the area, they saw a minor and Steven Perez, 27, who reported that three of them went to the pond at about 3:00 that Sunday evening. Uh had gone to peep into the white marl hole which was left after the excavation and fell into the water, they said. They said that they tried to help him, but he went under and disappeared. They immediately went for help, and residents of the village searched for him and found him at about 5:00 later that evening.