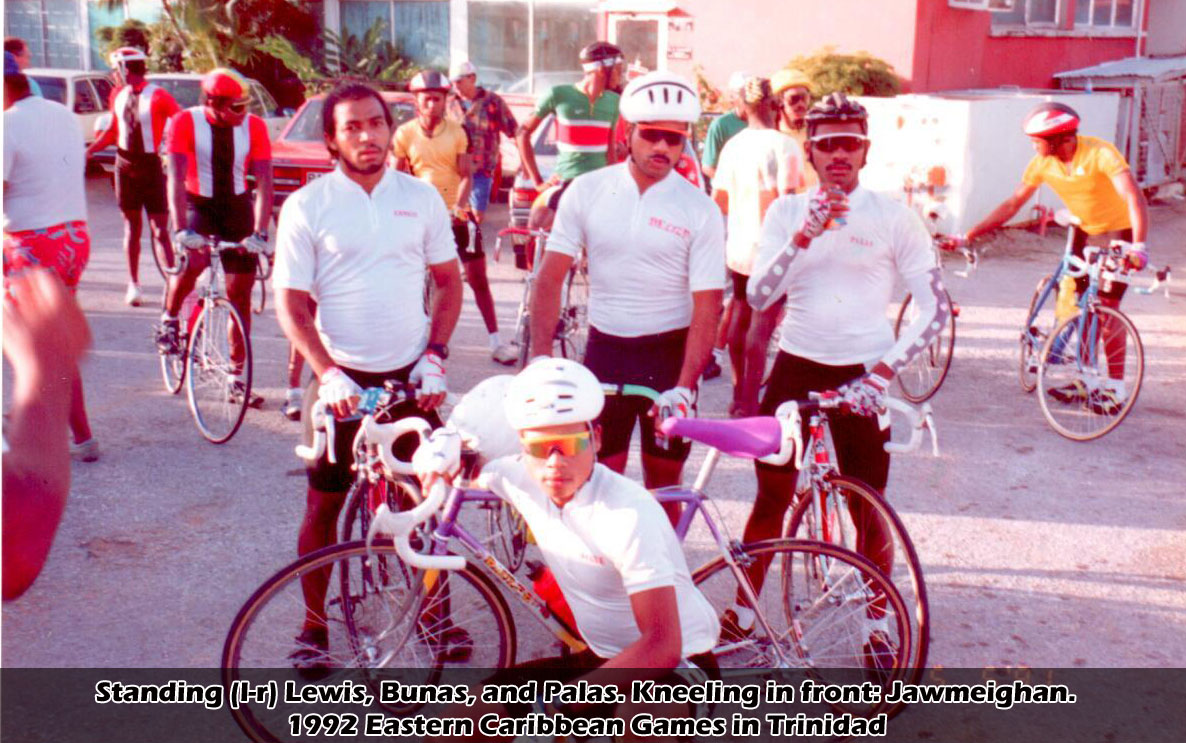 BELIZE CITY—“Jawmeighan” was hands down the best rider of my era. I was privileged to have raced against Ernest Meighan, Charles and Michael Lewis, Fitzgerald “Palas” Joseph, Orlando Chavarria, Robert Mariano, Francisco Flores, Roque Matus, Dwight Lopez, Fred Usher, Earl Theus, Glenford “Ground Food” Godoy, Barney Brown, and Andrew Smiling, to name a few, in the prime of their careers, but “Jawmeighan” was the best.

He was a fierce competitor and our rivalry sometimes was very intense, but half an hour after a race, when we had cooled down a bit, we would joke and “trash talk” each other and be looking forward to the next race. He was never disrespectful. I found him to be very jovial, even in the midst of battle. He would unleash vicious attacks, ease up, look at you and smile as if to taunt you. His sprinting ability was legendary, as was his domination of criterium races.

It was truly an honor for me to have traveled with Ernest Meighan twice to represent Belize. He represented our country with pride both on and off the bike. He was very disciplined and mannerly, and he carried himself professionally when we were among riders from other countries.

“Jawmeighan” was a family man, a hard worker, and a disciplined athlete. He was living proof that sports can be a way out of the gangs, violence, and poverty driven crimes that have dominated Belize’s south side.

His passing is truly a loss for the cycling community and for the country. I offer my sincere condolences to his family and to his children, and to his extended Ordonez family at the bike shop, in their tremendous loss. May God grant them strength and guidance and comfort in this very difficult time. I extend condolences also to the Santino’s organization, of which I was once a part, and especially to Chief. Please hold the team together in his honor.

With respect and sadness, I say farewell, Ba-wee. You were the best!