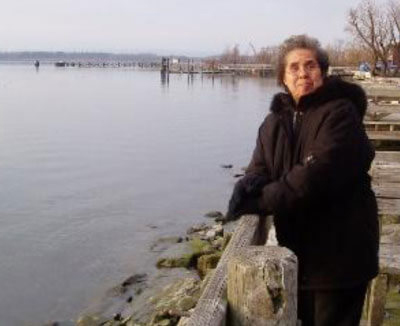 From British Honduras to Belize: one family’s drama – a novel written by the late Chrystel Lynwood Hyde Straughan

Apparently he had turned questioningly to Gertrude, as the spokesperson, and she had launched into an account which had left out such details as she thought might be damaging to herself, and had inserted a fictitious quote from Jewel to the effect that Dr. St. John would probably soon be checking on his patient, which, in her mind had served to lessen the urgency to make the call to him when she could not find the staff nurse.

Jewel had told me later that at the lie she had looked over to Gertrude in shocked surprise, and had found the CSO’s eyes on her when she had turned back towards him. He had asked her then if she had anything to add, but, fearful of complicating matters, and maybe implicating herself somehow in correcting Gertrude’s story, she had decided to say nothing.
Turning to Gertrude, I had asked why she had lied on her friend, and she had mumbled something to the effect that she had not meant to hurt Jewel but was afraid of losing her job, after which she had left us in great haste.

I had turned to Jewel and again asked why she had not exposed Gertrude’s lie. She had been quiet for a while, then admitted that she also had feared that both of them would have lost their jobs, as she had been guilty of dodging responsibility. After all, she had been the first to discover the patient’s condition, but had been afraid of the staff nurse’s reputation for vindictiveness and had taken refuge in the timely changeover. She had been guilty of sacrificing her patient’s welfare to her cowardice, while Gertrude, suspecting this, had used it in her favour. And Dr. St. John had been aware of some discrepancy about the truth and had given her the chance to clarify the matter.

Distressed, Jewel had sadly admitted that, although she deserved some blame, she had not believed that Gertrude would have dragged her down with her like that; then had suddenly changed the subject abruptly with the urgent question whether I would do her a big favour?

I had willingly agreed, and she had asked if I would approach Matron Ebanks and see if she could fit her into the place of one of the two persons who would take over from her and Gertrude now that they were banned from the surgical wards, as she didn’t want Safira to know what had happened. She would write explaining everything to her mother, and was prepared to face the consequences, but was ashamed of setting such a bad example to her little sister, who would need an explanation for why she wasn’t going to work if things remained as they were. She accepted that it would be without pay, a penalty to which she was already reconciled, but needed to be occupied.

After expressing deep disappointment at what had been allowed to take place in the surgical wards, Matron Ebanks had agreed to utilize Jewel’s services in the Children’s Ward for the week of her suspension.

As we had both served together briefly under Matron St. John in the early days, she and I had a good relationship; and during our short discussion after Jewel had left to get some rest before reporting for duty that night, she had confided that she was in Jerome’s bad books for having assigned Nurse Wagner to his ward.

She had admitted awareness of that lady’s shortcomings, but had not believed she would have dared to indulge in her usual behaviour when working in his ward, knowing how strict he was. After the incident he had asked her casually what she was trying to do to him, and although he had spoken mildly, she knew that he had been serious.

Jewel’s problems, however, had not been over yet. She had put her name on the private list of the department’s purchasing agent in connection with the hire-purchase of a refrigerator.

This gentleman invested personal capital in the small business of purchasing large electrical and other household appliances, which he sold at reduced cost to staff members on hire-purchase.

The administration was aware of the officer’s business activity, but had raised no objections as all it entailed had been the use of his work address for the receipt of mail and the recruitment of customers from among staff, all other transactions taking place at his home, where he employed his nephew to look after other details.

With the sudden deduction of a quarter of her monthly income, Jewel had been unable to make the down payment on the refrigerator earmarked for her, which was presently on the wharf, and which she had intended as a surprise gift for her mother; and losing this opportunity would mean a six-month wait before the arrival of another shipment.

To save her the six-month delay, I had offered to lend her the twenty-five dollar down-payment but, as I had anticipated, she had thanked me but said she could not accept, as her parents had always warned her and her siblings against borrowing except in a case of extreme necessity, which this was not.

Besides that, she had added, when her mother heard about the suspension she was sure to write and let her know that something as serious as that was probably a sign that she was becoming too preoccupied with worldly things and neglecting what was important; and concern over a refrigerator would probably be seen as added proof, saying that she could just hear her asking what was the urgency of getting something they had done without for at least twenty years?

It had been learnt that Nurse Wagner, who had been penalized with two weeks’ suspension without pay such a short time before her wedding, had asked her groom-to-be, known to be one of Jerome’s soccer football buddies, to appeal to him to postpone both the suspension and deduction until after her return to work from the honeymoon.
A meeting between the football buddies had actually taken place one evening at a popular athletic club and various versions of what transpired had been circulated around the compound, but, sorting out fact from fiction and knowing one of the players very well, this is what I had been able to discover.

Nurse Wagner’s suspension had remained in force, as Jerome had been able to convince the groom-to-be that other staff had been involved along with her in the action that had brought it on and it was too late to reverse disciplinary measures taken against them all. What he was willing to do personally to ensure that the celebration of the nuptials went ahead in style as planned, was make a present of the champagne to be served as a wedding present from him to them both; and this solution had been accepted with gratitude by Nurse Wagner’s fiancé.

As we had learnt later, Albert Godoy, alias “Ali Baba, ‘ had been one of Jerome’s and my brothers’ “ballies” from primary school days, so-called because of the magical dexterity with a football which had earned him the nickname as well as admiration and popularity. The incident which had brought him and Jerome together again had been forgotten in their delight at recalling happy days and they had parted with the extension to Jerome of an invitation to the wedding.

It had been rumoured around the compound that the bride-to be had not been pleased at having her spending money for that month decreased by half, but had consoled herself with the claim that she had Albert “soft” and could always get the money from him if she wanted!