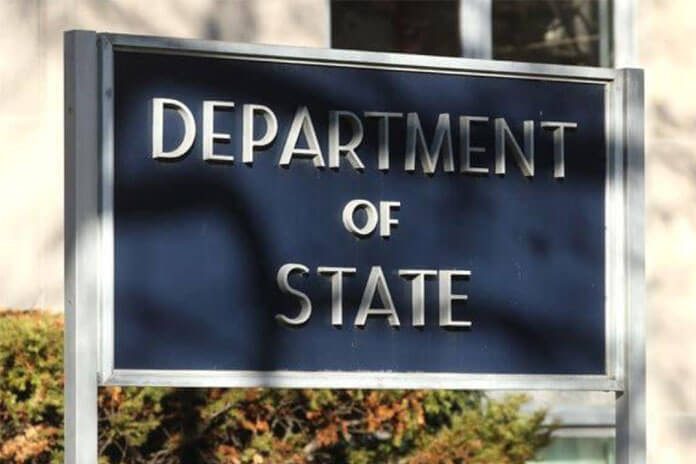 WASHINGTON, Thurs. Jan. 23, 2020 (The New York Times)– The State Department on Thursday gave visa officers more power to block pregnant women from visiting the United States and directed them to stop so-called birth tourism, or trips designed to obtain citizenship for their children.

The administration is using the new rule, which takes effect Friday to push consular officers abroad to reject women they believe are entering the United States specifically to gain citizenship for their children by giving birth. The visas covered by the new rule are issued to those seeking to visit for pleasure, medical treatment or to see friends and family.

Conservatives have long railed against what they call “anchor babies,” who are born on American soil and used by their parents to bring in other family members. President Trump has also criticized the constitutional provision that grants citizenship to most babies born in the United States.

It is not clear whether birth tourism is a significant phenomenon or anchor babies lead to substantial immigration, but many conservatives believe both are serious issues. The Trump administration has repeatedly moved to allay conservative immigration concerns, which the president has often stoked.

State Department officials holding a briefing for reporters under the condition of anonymity failed to provide an example of how birth tourism presented a national security risk, though both the State Department and the White House said that it did.

“The birth tourism industry is also rife with criminal activity, including international criminal schemes,” Carl C. Risch, the assistant secretary of state for consular affairs, wrote in the final rule.

Consular officers were already unlikely to grant visas to women they believed were traveling to the United States solely to give birth. Those officers will not be required to ask every woman if she is pregnant, but they will be expected to apply additional scrutiny if, through the course of an interview, they come to suspect that a woman is traveling to the United States specifically to give birth, State Department officials said.

With the new rule, the White House seems to be signaling to officers abroad that those close to delivering a child should be added to a growing list of immigrants unwelcome in the United States, in addition to the poor, most refugees and asylum-seeking migrants.

Stephanie Grisham, the White House press secretary, said in a statement that the new rule aimed to stop those who seek “automatic and permanent American citizenship for their children by giving birth on American soil.”

“It will also defend American taxpayers from having their hard-earned dollars siphoned away to finance the direct and downstream costs associated with birth tourism,” Ms. Grisham said. “The integrity of American citizenship must be protected.”

As his impeachment trial in the Senate begins and his re-election campaign heats up, Mr. Trump has indicated that he intends to highlight his administration’s efforts to restrict immigration. He is also expected to expand his 2017 travel ban to several new countries — including Belarus, Myanmar, Eritrea, Kyrgyzstan, Nigeria, Sudan and Tanzania — as early as Monday to mark the anniversary of the current restrictions on eight nations.

The birth tourism rule raises the burden of proof for pregnant women by outlining in writing that giving birth in the country “is an impermissible basis” for visiting the United States. Even if a woman says she is entering the country for medical treatment — a legitimate factor for visa eligibility — she will need to satisfy visa officers that she has enough money to pay for such treatments. She will also need to prove that the medical care she is seeking was not available in her home country.

“If an applicant’s responses to this line of questions are not credible, that may give consular officers reason to question whether the applicant qualifies for a visa,” Mr. Risch said in the rule.

Kerri Talbot, the director of federal advocacy for Immigration Hub, an immigrants’ rights group, criticized the State Department for not specifying how officers abroad would determine if a traveler was pregnant.

“It is absurd that the Trump administration is turning embassy employees into reproductive policemen,” Ms. Talbot said.

The new policy does not change guidance for airport officers working for the Department of Homeland Security, meaning visa eligibility changes would occur outside the United States, not at airport immigration counters. The rule also does not affect those visiting from the 39 countries that qualify for the Visa Waiver Program, which allows citizens of those countries to visit the United States for short periods without visas.

It is not clear how effective the new rule will be. Some visas allow foreigners to visit the United States multiple times over the course of as many as 10 years, so an applicant could be granted a visa, get pregnant years later and still be permitted to visit the country.

“Unless D.H.S. changes how its officers interpret travel for pleasure to be consistent with the State Department rule, then people will still come to the United States to give birth. This won’t stop that happening,” said Theresa Cardinal Brown, the director of immigration and cross-border policy at the Bipartisan Policy Center.

But those applying for visas close to the delivery date could be denied, she said.

In the rule, the State Department acknowledged that estimating the number of people who give birth after entering the United States with a visa was a challenge. The rule instead cited recent investigations that resulted in the arrests of individuals who charged pregnant women thousands of dollars in exchange for coaching them on gaining permission from immigration officials to enter the United States.

Federal prosecutors in California last year charged 19 operators and clients with participating in a multimillion-dollar business, including some Chinese couples who were offered a package for as much as $100,000 that included housing, nannies and shopping excursions.

Sarah Pierce, a policy analyst for the Migration Policy Institute, said focusing on the operators of those schemes would be a smarter use of government resources.

“Going after those companies would be far more effective than going after any foreign international woman of childbearing age who might be interested in giving birth in the United States,” Ms. Pierce said. “This really seems like a strong statement but not really an effective policy.”

“I’m sorry, but pregnant women travel all the time. We go visit other countries,” Ms. Choimorrow said in an interview. “No one should be asked about their bodily physical condition.”

While State Department officials said officers abroad would not administer pregnancy tests under the new policy, Ms. Choimorrow said she feared the rule’s consequences. She cited an incident last month when a Hong Kong-based airline apologized after making a passenger take a pregnancy test before boarding a flight to Saipan, the largest of the Mariana Islands, a commonwealth of the United States.

“It sends a message that coming to the United States means you forgo the right to your dignity,” Ms. Choimorrow said.

Feature photo: In the rule, the State Department acknowledged that estimating the number of people who give birth after entering the United States with a visa was a challenge. Credit…Mark Wilson/Getty Images

WASHINGTON, United States, Tues. Mar. 17, 2020 (Caribbean360)-- The COVID-19 outbreak could have considerable implications for Caribbean citizens and their economies. The magnitude of this...
Read more
- Advertisment -