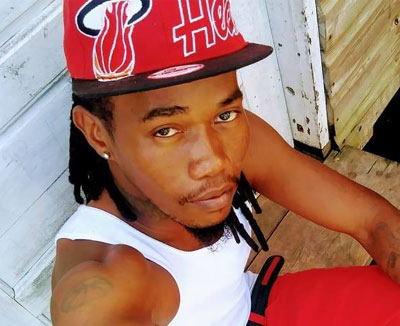 Ramirez’s body was found in an advanced state of decomposition in the Gra-Gra Lagoon in the Commerce Bight area of Dangriga on Monday, August 12, after he was reported missing at sea for about a week, and the prime suspect, Williams, was caught by the Coast Guard, who handed him over to the policemen.

Commissioner of Police, Chester Williams, said that Oscar Williams, Jr., who is known to them, has been at large since he escaped from the two policemen, an inspector and a constable, while they were interrogating him on Cross Caye.

For their laxity —allowing a prisoner to escape and for bringing the department into disrepute — the inspector has been put on administrative leave pending the outcome of the investigation, and the constable has been put on interdiction.

Today, Williams said that the police trial of the constable has already commenced, and the inspector will be taken before the Public Services Commission, since he cannot be tried by police.

Williams said that they have information that Williams, Jr., is alive and well in Honduras, hiding from police, and that they are collaborating with Honduras police to recapture him and return him to Belize.

Commissioner Williams said that he still cannot comprehend how the suspect could have escaped from the two policemen while they were on the island, but since they are sure that the suspect is alive, they are not looking at the disappearance with the same severity they would have if his whereabouts, or ultimate fate, had remained unknown.

On Friday, August 9, while a search party was out looking for Ramirez’s body, the Coast Guard brought three men to Cross Caye and handed them over to the police. ComPol Williams said that the inspector and the constable took one of the men aside, out of sight of the others, to supposedly interrogate him.

Shortly after, however, the inspector and the constable came back and reported that the suspect, identified as Oscar Williams, had run away from them.

Police and the Coast Guard began an immediate search for Williams, but their efforts were in vain.

Commissioner Williams and the police high command were not convinced that the officers’ story was truthful. The police said they found it hard to believe that a man in handcuffs was able to escape from two policemen on an island.

It was first believed that because the inspector was Ramirez’s brother, and the man handed over to him was the main suspect in the death of his brother, that something bad had been done to Williams.

Ramirez’s body was found by a fisherman who was in the area that Monday morning and called police. The body was identified by Ramirez’s father, Guillermo Ramirez, who said that he knew it was his son because of some tattoos on his chest, arms and legs, and also a watch that was on his wrist.

An onsite post-mortem exam conducted on the body certified that the cause of Ramirez’s death was traumatic shock due to chop wounds. Ramirez was buried in the Dangriga Town Cemetery after the autopsy.