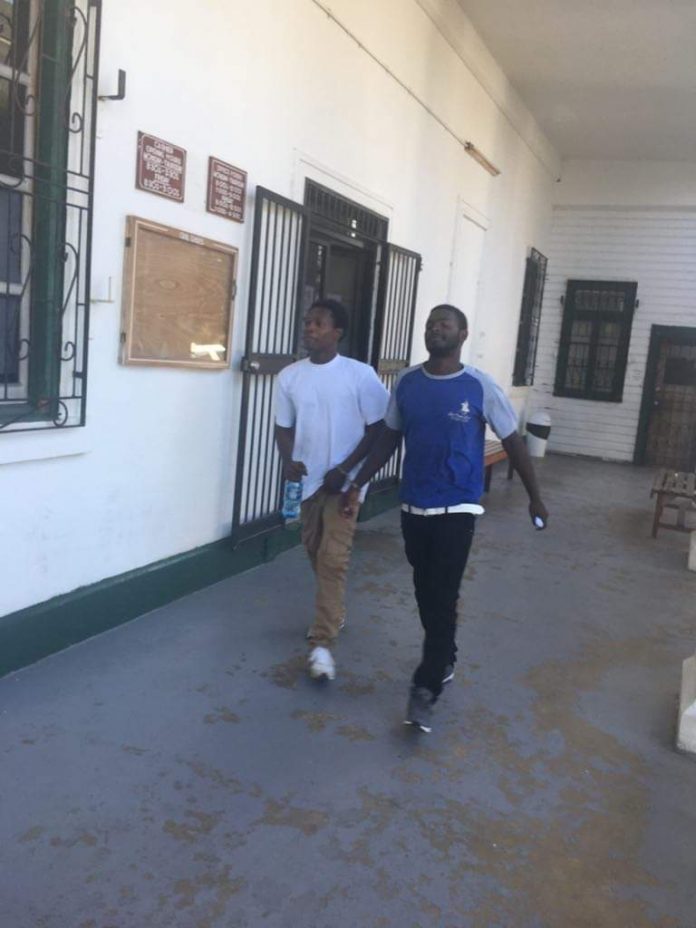 Raheem Budram, 19, and Kareem Eagon, Jr., 19, both appeared before Senior Magistrate Aretha Ford this afternoon and were read a single charge of murder for the unlawful death of Shane Budram, which occurred Friday, February 21.

Magistrate Ford told the two that the court cannot take a plea from them because the offense for which they are charged is indictable and will be tried at the Supreme Court.

The two were remanded to prison until they are to appear in court in March.

Raheem Budram is a nephew of Shane Budram, who was gunned down in cold blood, as he ran toward his house, after he was shot on Wagner’s Lane.