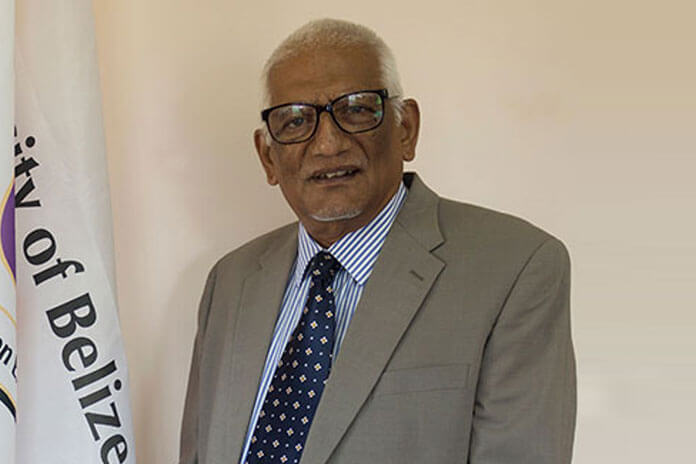 BELMOPAN, Mon. Feb. 24, 2020– Thousands of Belizeans joined the National Trade Union Congress of Belize’s (NTUCB) protest march and rally against government corruption, and as the main guest speaker, Evan “Mose” Hyde, was about to deliver his address, a group of students who had walked out of the University of Belize (UB) arrived at the Memorial Park, where the anti-corruption rally was being held.

The students had defied the UB authorities in making the journey to Belize City to add their voices and presence to the anti-corruption protest.

Today, however, word out of the national university is that the students are being required to apologize to the university president before they would be allowed to make up for certain class work they had missed when they decided to express their freedom to join the NTUCB protest.

Sources have confirmed that the Dean of Students notified the UB Student Government about this on Friday.

So why is the University of Belize sanctioning its students because they decided to participate in a protest against government corruption? By so doing, it would appear that the university is saying that it’s alright for government corruption to continue to flourish on the scale on which it has been taking place in the Dean Barrow-led United Democratic Party government.

The Ministry of Education had issued a memorandum to all government schools that Thursday was a non-school day, but UB issued a statement saying that the Ministry’s memorandum did not apply to them, because they were governed by their own University of Belize Act.

Kremandala has learned that the students were supposed to have had a meeting with the university’s president, Dr. Clement Sankat, but the students requested, through the Dean of Students, some written statement on the purpose of the meeting.

They did not receive anything in writing about the meeting with the UB president, so the students did not show up for the meeting.

Just before its newscast tonight, Krem News spoke to President Dr. Sankat, who denied any knowledge about the request for an apology from the students.

Dr. Sankat, however, told Krem News that he has requested a meeting with the leaders of student government to discuss the memorandum with them at a time that is mutually convenient.