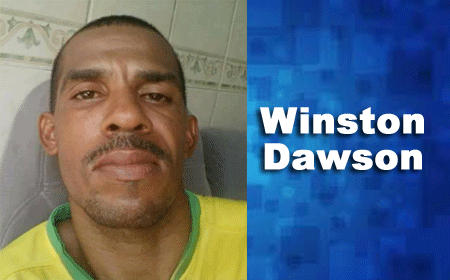 HUMMINGBIRD HIGHWAY, Hershey Community, Cayo District, Thurs. Aug. 17, 2017–Three of four men who were traveling in a low-boy truck survived a road traffic accident when the truck overturned between Miles 38 and 39 on the Hummingbird Highway, near the Hershey community, at about 6:00 yesterday morning.

The driver of the truck, Winston Dawson, 36, died of the injuries he sustained as a result of the accident, but three men who were with him survived the accident. They are Kenton Pollard, 29; Dorian Buckley, 21; and Albert Che, 21, all employees of Benny’s Home Center of Mile 2, Philip Goldson Highway, Belize City.

Che was treated and discharged today, while Buckley remains admitted to ward and has been declared to be in a stable condition.

Police said the truck suffered a front wheel blowout, causing it to veer off the road to the right. The driver lost control of the vehicle, and it overturned. As a result, the driver, identified as Winston Dawson. 36, a truck driver of Belama Phase 3, Belize City, suffered massive head and body injuries and died almost immediately.