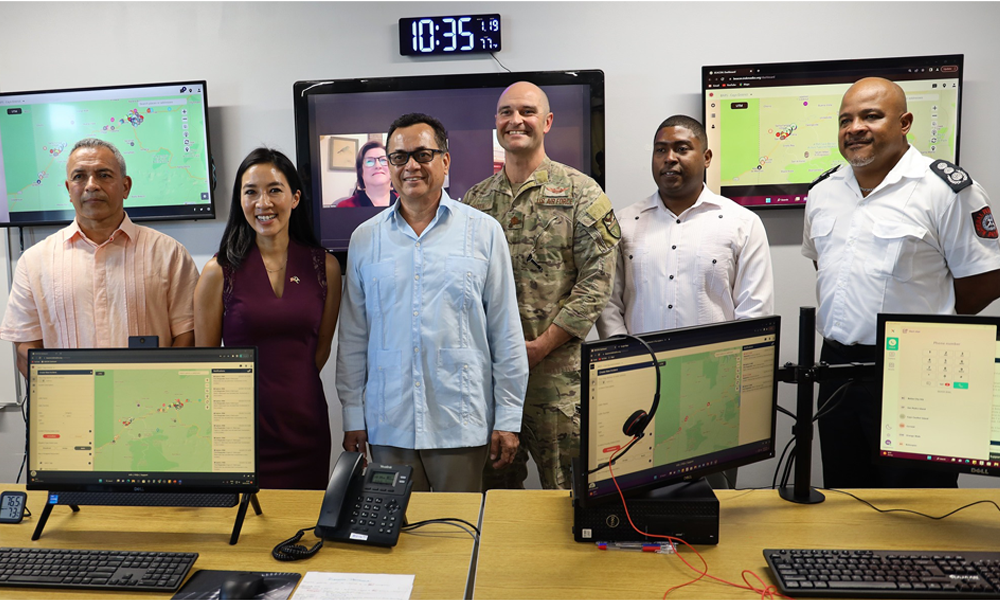 On Thursday, January 19, the US Embassy donated much-needed equipment to the Western Regional Hospital and the Belmopan Fire Station, which was made possible through the U.S. Southern Command (SOUTHCOM) Humanitarian Assistance Program and coordinated by the U.S. Embassy Security Cooperation Office.

Earlier that day, the United States Ambassador to Belize, Michelle Kwan, handed over furniture, appliances, tools, and generators totaling $113,000 in value to the National Fire Service in Belmopan. The donation, which will be used at the Belmopan Fire Station, was received by the Ministry of Sustainable Development, Climate Change & Disaster Risk Management.

“… It is a powerful example of how our two nations are working together to improve, both the effectiveness and working conditions of Belize’s brave first responders,” she added.

“This collaboration with the US Embassy has been going on for some time, and they have been assisting us with the Fire Department, which is important for us. When we took office, it was out of all our departments, the most neglected. So, we have been working with that, trying to upgrade not only the facilities but also as we have mentioned before to try to build up the structure within the personnel, because there was a lot of discontent among the personnel,” said the Minister of Sustainable Development, Hon. Orlando Habet.

“… I think there’s a lot of discomforts that have been expressed from the personnel, and we have mentioned, if you do not take care of the people who are going to out the fire, that fire might not out at all,” he added.

Later that day, the Embassy donated three state-of-the-art oxygen generators and other medical equipment, which together have a value of 678,000 USD.

“Medical supplies are always needed in any health system, and so these go a very long way. It allows us to be able to get these in the hands of the Belizean people, the patients that come, but at the same time, also to assist with the work that our healthcare professionals do here at the ministry through the various regions. These [types of equipment] will help improve the service delivery to residents and patients in terms of enhancing the service,” said Hon. Kevin Bernard, Minister of Health.