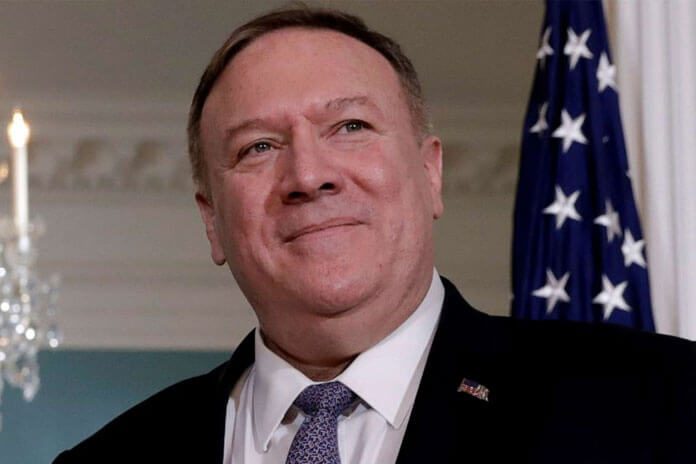 BELIZE CITY, Mon. Jan. 27, 2020– The United States Secretary of State Mike Pompeo’s two-day working visit to Jamaica has been widely viewed as divisive within the 15-nation group that makes up CARICOM.

Barbados’s Prime Minister, Mia Mottley, who currently sits as the chairperson of CARICOM, did not send her foreign minister to the meeting, citing the divisive nature of the Donald Trump administration for the Caribbean region.

Mottley is quoted in Telsur as saying: “I am conscious that when Errol Barrow stood and remarked that ‘we shall be friends of all and satellites of none,’ little did he know that that statement would be embraced by every single Prime Minister of government that succeeded him. It is as valid today, perhaps even more so than it was at the time of its initial delivery”. “As chairman of CARICOM, it is impossible for me to agree that my Foreign Minister should attend a meeting with anyone to which members of CARICOM are not invited. If some are invited and not all, then it is an attempt to divide this region,” Mottley added.

Grenada did not attend the meeting, which it said seeks to divide Caribbean nations/states.
Observers in the Caribbean have viewed Pompeo’s visit as a strategy to drum up support against the Nicholas Maduro government in Venezuela, a government that is recognized by CARICOM.

The Trump administration does not recognize the Maduro government, but instead has thrown its support behind the former speaker of the Venezuelan parliament, Juan Guaido, who, in early 2019, declared himself as “interim president of Venezuela.”

Another strategy of the Pompeo visit is to drum up support for the candidacy of Luis Almagro as Secretary General of the Organization of American States. Almagro, of Uruguay, currently holds the post of OAS Secretary General.

Belize was represented at the meeting by Foreign Minister Hon. Wilfred “Sedi” Elrington.

Foreign Minister Elrington told local media that representatives of the different Caribbean states all addressed the US Secretary of State on different issues affecting the region.

“Each of us spoke about different issues. We had a small caucus before the meeting and it was decided that each of us in the Caribbean will deal with different themes. One deals with climate change, one would deal with the difficulty we have with banking and de-risking and the like. I spoke on education. I have a passion for education and what I said to the American foreign minister is that what concerns me is not the wealth gap, the disparity in wealth that exists, but I am very, very concerned about the disparity in knowledge. How can you assist us to bridge this huge knowledge gap? And he said, ‘Mr. Elrington, I did not respond to you because I don‘t know what the answer to that is,’” Elrington said.

Amandala asked the Venezuelan ambassador to Belize, His Excellency, Ambassador Gerado Argote, to comment on the Secretary of State Pompeo’s visit to Jamaica and the implications of that visit for his country, which is also an associate member of CARICOM.

Ambassador Argote said Venezuela accepts the sovereign rights of all countries who attended that meeting.

“What I don’t agree with the attempt to fracture the CARICOM,” Ambassador Argote offered.

“One of the possible objectives of that meeting was to condemn the government of President Maduro in Venezuela,” Ambassador Argote added.

The ambassador went on to say that the meetings in Jamaica did not have any impact on Venezuela, because no country which attended that meeting came out and condemned the political system in Venezuela.

“The prime ministers of Barbados, Antigua and Barbuda have rejected this initiative”, said Ambassador Argote.

“All CARICOM countries have agreed with the dialogue in Venezuela. The dialogue focuses on Montevideo mechanism which speaks to the respect of sovereignty and non-intervention in the internal affairs of member states,” said Ambassador Argote.

We asked the Venezuelan ambassador to comment on the US push to have Almagro take back the reigns of the Organization of American States.

“Almagro is the worst secretary general the OAS has had,” Ambassador Argote stated, “We have to respect the different voices in Latin America.”

The US Secretary of State remarked in Jamaica that Petrocaribe is “fading into the sunset” along with President Nicolas Maduro’s administration.

Ambassador Argote said, however, that Petrocaribe is still alive and is working.