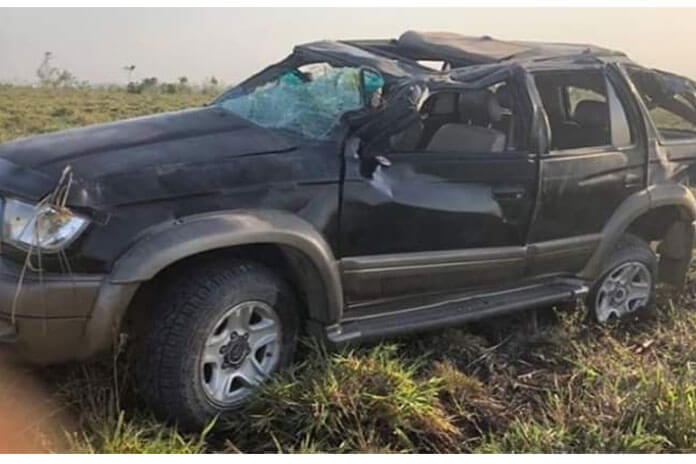 VALLEY OF PEACE, Cayo District, Sat. May 17, 2020– At about 4:30 this evening, four men in an SUV went into a Valley of Peace gas station and held up the cashier at gunpoint. The robbers robbed the gas station of an undisclosed amount of money, after which they escaped in an SUV and headed in the direction of Spanish Lookout.

No one was hurt during the robbery, but reportedly, a man fired at the fleeing thieves, who still managed to make their getaway.

The SUV in which they were traveling, however, overturned, but the robbers were able to get out of the damaged SUV and escape into the bushes.

Police said that they know whom they are looking for, but so far the thieves have not been found.

The getaway vehicle has been impounded by police.