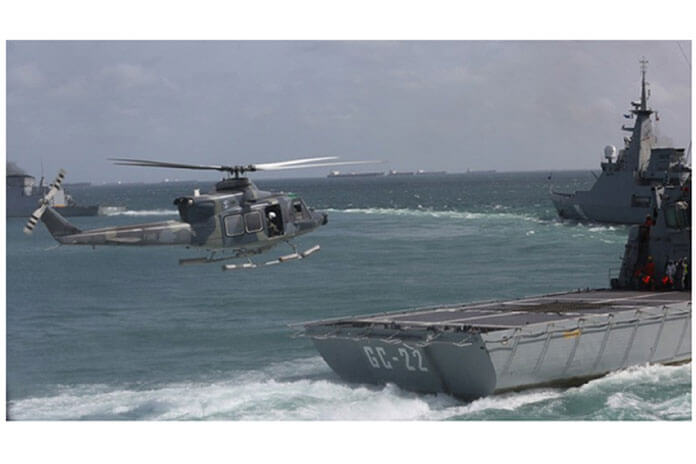 May 21, 2020 Francisco González Iranian oil tankers , escort , Venezuela– The Minister for Defense, Vladimir Padrino López, specified that the protection of the vessels will be done “as soon as they enter the exclusive economic zone” of the South American country. RT

CARACAS.- The Minister for the Defense of Venezuela, the General in Chief Vladimir Padrino López, affirmed this Wednesday that the South American country will receive the Iranian oil tankers that transport fuel for their country, and announced that “they hardly enter the exclusive economic zone; they will be escorted by ships, ships and planes of the Bolivarian Armed Forces (FANB)”.

“With Iran we have agreements, there is cooperation in various matters, orders, areas. We will receive that aid, humanitarian aid, as we have received from Russia, from China, from other parts of the world. We welcome solidarity.. We have already established contact with the Iranian Defense Minister,” added Padrino Lopez.

The arrival of these vessels occurs in a context of tension, after the US government threatened to use military force to prevent the entry of Iranian tankers into Venezuela.  This Wednesday, the representative of Caracas to the United Nations, Samuel Moncada, denounced these actions before the Security Council and said that any attack on the ships “would constitute a real armed aggression”, not only against Tehran but also against the inhabitants of his country.

“What if, in the midst of the COVID- pandemic, New York City deliberately ran out of gas? This would undoubtedly account for a crime against humanity, which is precisely what the US government is currently perpetrating against 30 million Venezuelans,” said the ambassador.

In that same tone, the Defense Minister defended the right of Iran and Venezuela to maintain relations “in terms of equality, respect and mutual recognition”, while thanking Tehran “for so much solidarity, for so much cooperation in the midst of these difficulties”.

Venezuela has problems with gasoline supply due to “unilateral coercive measures” and unilateral measures applied by the US, Venezuelan Foreign Minister Jorge Arreaza reported last week. In late April, an official noted that sources from the US State Department admitted that they were seeking “a reduction in gasoline shipments to Venezuela as part of (Donald) Trump’s ‘maximum pressure’ campaign against (Nicolás) Maduro.”

Today, Moncada recalled that the Trump government “has openly admitted that it is pressuring companies to refrain from supplying gasoline to Venezuela,” an issue to which he attributed the growing fuel shortage that has been experienced in the country for weeks.